When you think of big 70’s rock bands, perhaps Wishbone Ash doesn’t necessarily come to mind as often as Led Zeppelin, Pink Floyd, or The Who. But once in a while, you’ll remember a tune or two of theirs and realize, hey what ever happened to them?

Wishbone Ash was a British band that saw most of its success during the early to mid 1970’s. They were considered a hard rock, progressive rock and even folk rock band that is actually still active to this day. Of course, after a few lineup changes and members coming and going alongside with multiple reunions.

But here we go way back to 1971 for their live appearance on TV singing 2 songs. 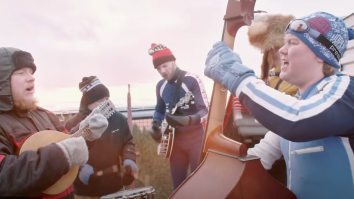