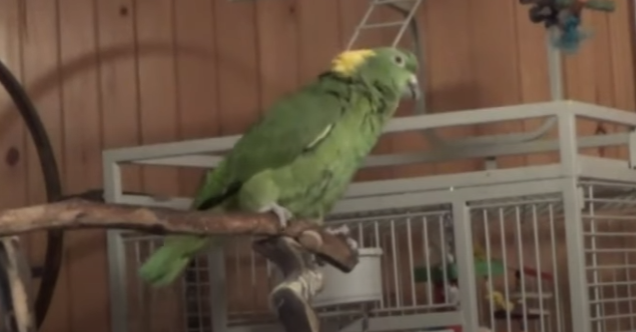 This Parrot May Be More Talented Than You

This parrot named Max has gone viral as he sings his own take on a classic country song – “Oh Lord It’s Hard To Be Humble” by Mac Davis. Towards the end of his ‘cover’, he switched out some of the lyrics and he referred to another pet named Emma – the family dog who passed away. He even does a short sing-along! If that isn’t talent, we don’t know what is! It’s pretty adorable the way he’s just jamming like it’s no big deal. It must be fun having Max around.

This clip is just hilarious, cute, and absolutely wholesome. It’s currently one of our favorite videos on the internet, and we can’t get enough of it.

Max isn’t the only parrot who achieved superstardom online. During the pandemic, Tico the parrot also went viral with his classic rock covers. The double yellow-headed Amazon parrot racked up over 100,000 subscribers on YouTube, and it only kept increasing every day.

Just imagine if Tico and Max jammed together. They could take on country songs or rock ‘n roll. Based on the way their covers have been making rounds online, we can only assume they would blow the internet together.