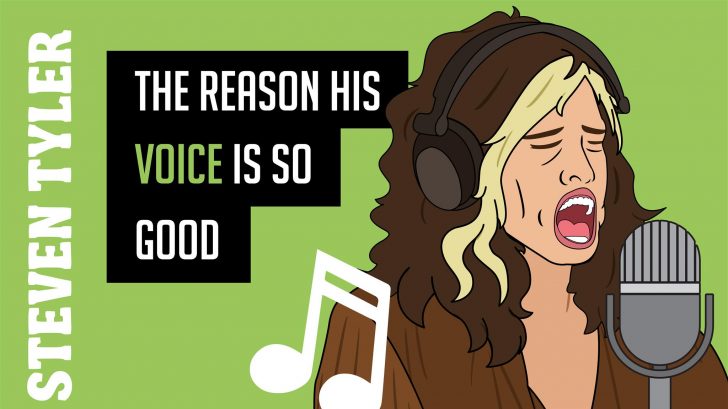 It’s no secret Steven Tyler is an absolute legend in the world of rock n’ roll. The Aerosmith frontman has been at it for 40+ years and even today he is still active and can still sing. That’s actually a pretty impressive feat when you think about all the other bands that have retired from his era. But what really makes him stand out is his voice and how crazy his range is and how he’s been able to maintain even until pretty much today.

One of the things that’s so unique about his voice is how low and high he can go. Being a natural tenor, he’s able to climb up that scale and has even hit a note as high as E6. That’s really hard to do for a tenor.

Another thing we found was how in the song by Aerosmith called “Crazy” there’s a part where it seems that the guitar takes over his vocals since it’s such a high note. But if you listen closely, you’ll see that it’s also his voice that hits that super high note

What’s the secret? Well it’s not really a secret other than just doing an exercise called Bel Canto that has helped keep his voice strong all these years. He’s smart. He takes care of his voice, even through all the partying and stuff he’s done.

The Secret To His Voice: