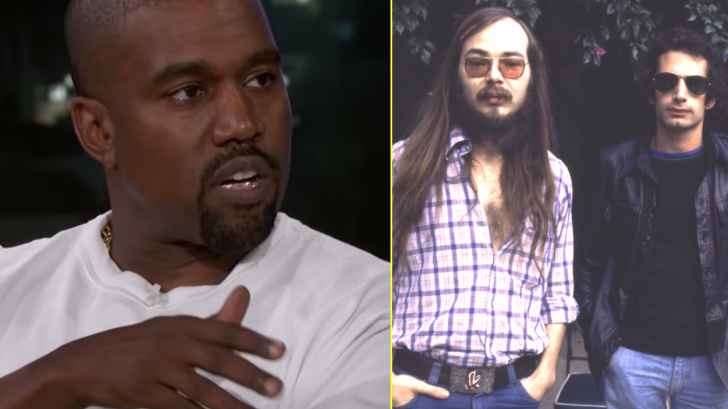 If you’re reading this, it’s safe to assume that you’re not here because you’re a hip hop fan but this is still actually really, really cool – and more than a little mindblowing.

In 2007, Kanye West released his groundbreaking third album Graduation, achieving the critical acclaim that so many artists struggle to find with one album, much less three. Among the 13-track album was “Champion,” a bright, upbeat tune about his at times complicated relationship with his father.

The answer: a handwritten letter.

“I wrote a letter to Donald Fagen and explained to him the importance of this song to me, and of expressing these feelings to my father,” West told Spin. “I think it’s what made the difference in getting the sample cleared.”

According to Fagen, he and Becker initially decided against letting West use “Kid Charlemagne” after hearing what he planned to do with it. It wasn’t until Fagen received a handwritten letter from West, a Steely Dan fan, that moved the pair to change their minds and grant West permission to use the song.

“He said, ‘I love your stuff, and I really want to use it because it’s a very personal thing for me.’ It was such a good letter that we said, ‘All right, go ahead,’ and we made a deal with him,” revealed Fagen.

Love him or hate him, you’ve got to admire Kanye’s tenacity and humility.

It’s one thing to use your leverage as a celebrity to get what you want, but to appeal to those who came before you with something as simple as an awesome letter and an emotional tie to what it is you’re asking for? That’s nothing to sneeze at – hell, we’d have said yes, too!