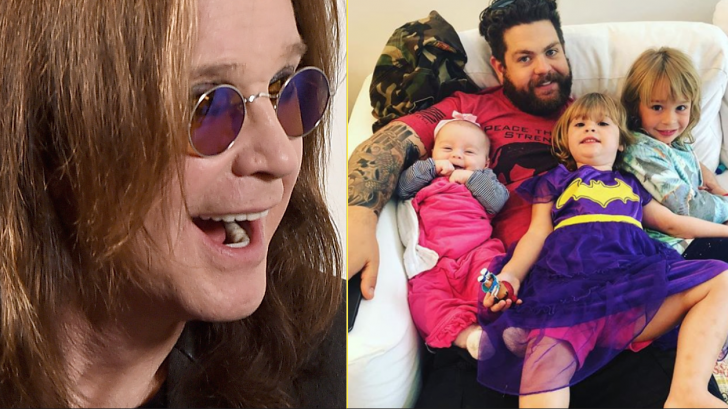 When your dad is one of the most controversial and wildly entertaining cultural icons in the world, it goes without saying that some of your life lessons are going to be a little…well, bizarre.

In the case of Jack Osbourne, being the son of the legendary Ozzy Osbourne came with its own pitfalls and obvious lessons in what not to do as a father; the 33-year-old single father of 3 kicked his own addictions 16 years ago and devotes his time and energy to making sure his girls Pearl, Andy Rose, and Minnie have structure and order in their lives.

These three make it all worth while. #mygirls #daughters

But one thing that Ozzy never did – and still doesn’t do – stuck with Jack the most when he became a father, and it’s something he’ll never forget while raising his daughters: ‘Don’t shame your kids.’

“The biggest nugget my dad has given me is obviously never passing judgment on kids,” Jack revealed in an interview with PEOPLE Now. “Never…kind of shaming your kids in any way and just being totally open to kind of…their life is their experience, and so I can’t try and corral them into what I want their experience to be.”

When you think about it, it makes sense.

Everything Ozzy’s children have wanted to do, he’s been their biggest champion and when life pulled a Tonya Harding and took them out at the knees be it through addiction, breakups, career setbacks and health scares, Ozzy never once passed judgment on them – he did what any good father would do, and loved them through it.

“My dad is a real working class guy, and that’s something he really imparted on me – you do your job, you get there early, you leave late and you give 100%.”

Ozzy may be a lot of things, but at the end of the day he’s just a father who wants what every parent wants: to raise socially and morally responsible children who respect themselves and the world around them, and we can’t be mad at that.