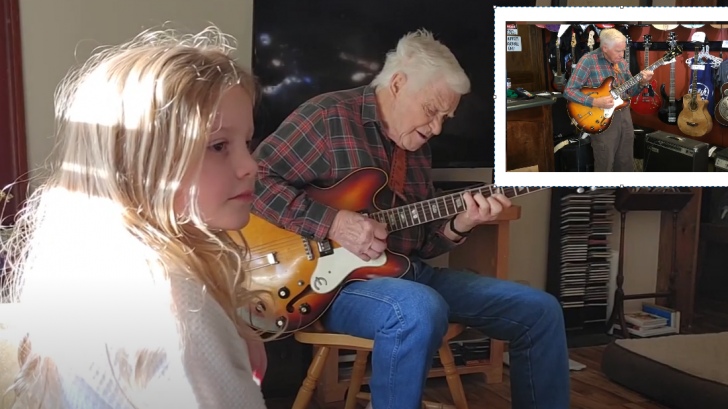 Have you come across the “Guitar Shop Grandpa?”

His name is Bob Wood and he was dubbed with the title after his viral video in 2014 where he went inside the British Audio Service in Nashville and played a fun rendition of the traditional bolero song Besame Mucho on an electric guitar.

Bob impressed everyone at the store with his incredible guitar skills, making the jaws of the music store’s staff dropped on the floor.

If you’ve watched that video then you would want to see this one as well. Last year, on the YouTube channel Bob Wood and Cookie’s Clan, a video of Bob serenading his great-great-granddaughter Mattie was uploaded.

After that, he sang Amazing Grace and Mattie silently sang along with him.

Watch the lovely video below.