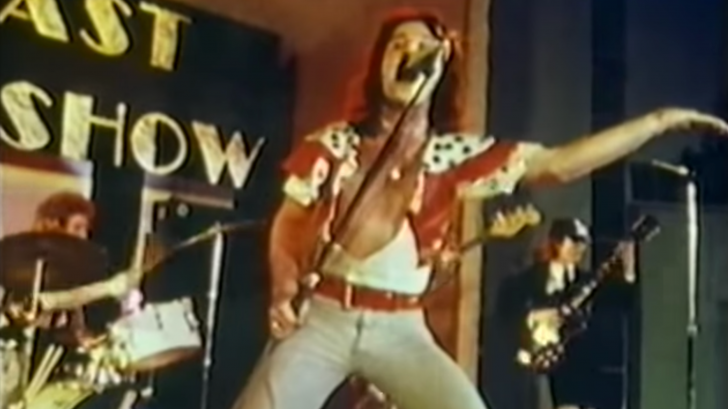 The Very Start Of AC/DC Wasn’t With Bon Scott

Although many AC/DC fans regard Bon Scott as the better vocalist of the band, did you know he actually wasn’t the first? It was actually a guy by the name of Dave Evans who came before. But even he wasn’t the only one as even the band’s early manager Dennis Laughlin would occasionally replace him on stage.

What Happened To Dave Evans?

In 1974, Melbourne promoter Michael Browning took over as manager after Laughlin quit and felt that Evans wasn’t the right fit for the band, after booking them to play at his club, the Hard Rock. The band eventually agreed that Evans wasn’t quite suitable as the frontman and at the recommendation of Vince Lovegrove, Bon Scott came in to replace him. And this is when the band really started to take off.

Would AC/DC Have Been As Successful Or Less?

Is it just the frontman that made the difference? Were these just the perfect changes in vocalists? What if Evans continued as the frontman? What if Bon Scott never died? Or is there something more to it? Well, AC/DC has had a total of 3 different singers throughout their legendary career and have gone strong all the way deep into the 2010’s.

After Bon Scott, Brian Johnson took over and they continued to make chart-topping #1 hits all over the place. It seems like it’s not just the vocalist is the only factor, but just who they are: simple, raw, hard rock n’ roll. The hard rock and blues rock riffs that Malcolm and Angus created and the whole vibe seem to have resonated across the globe through out the years. The songs are fun. The songs are hard. The songs are just pure rock.

But take a listen to this clip with Evans performing “Can I Sit Next To You Girl?”. What do you think?