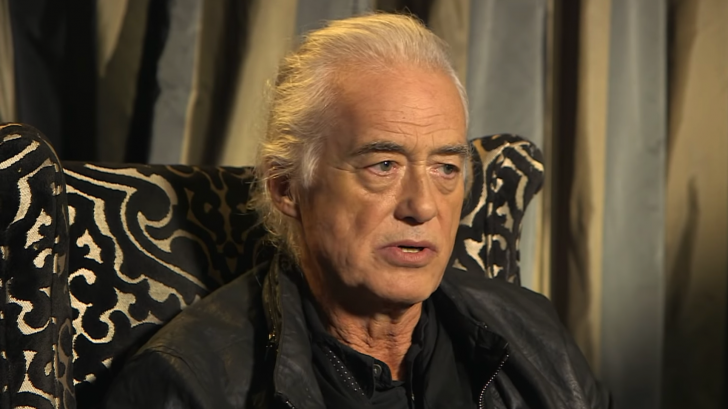 Number 1 Rock Song Of All Time?

Arguably the greatest rock song ever, “Stairway To Heaven” has been played through the decades endlessly. And, rightfully so. One of the most beautiful dynamic songs ever written, its lyrics have often been up for question and even controversy.

Many believe there was a dark, supernatural involved in the creation of the song. You’ve heard the story of how if you play it backwards, you hear some kind of cryptic message from the Underworld. This is something that is still up for debate.

But how exactly was it written? What was the process? What do the lyrics even mean? Well, in this interview with BBC Jimmy Page recounts exactly what happened that day and how he noticed something about Robert.

He Remembers Something About Robert He’ll Never Forget

Page recounts how good Plant was at implementing lyrics to sound and describes how the music was laid out for Stairway but they hadn’t come up with lyrics yet. He mentions how it was “tricky” since there were so many rhythmic changes and it such a dynamic song, Plant was put up against a pretty good challenge coming up with the right words.

But one thing he noticed and will never forget, was how Robert Plant was sitting there, leaning against the wall and just…writing. About 90% of the song was written right there and then. We’re talking about the greatest rock song of all time, literally being written on the spot.

How could this be?

There have been some recounts on how it seemed that Plant’s hand was just moving while writing, almost on autopilot. Very mysterious. Here in this BBC News interview, Jimmy Pages walks us through the actual moment and day the hit song was being developed. We start the video at the very moment where he mentions the moment he’ll never forget. The question is, why is this the 1 moment, out of all the events leading to the creation of the song, that he’ll never forget? Perhaps there’s something more to it.