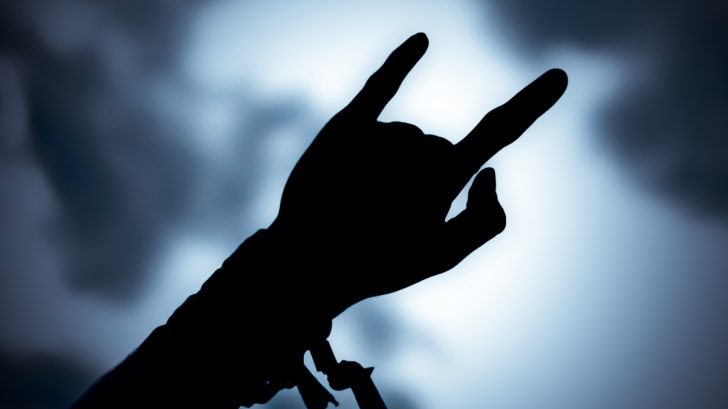 Here’s What It Really Means…

If you’re a classic rock fan or a heavy metal fan, you’ve seen and/or used the iconic devil horns hand gesture at some point, probably multiple times. Like an army salutes its general, we use it to salute our favorite rock and metal icons. But where did it actually come from? That’s what we’re here to find out.

Though he popularized this now iconic hand gesture to the masses, he admits that he himself didn’t actually create it. He’s often explained its surprising origins stating that he actually learned it from his Italian grandmother. See below.

The Maloik, aka the ‘Evil Eye’, is popular across many nations, but more so in Italy and West Asia. The symbol, when projected on someone, was and is believed to cause injury or misfortune to its recipient when it’s given to them. Ideally, the recipient should be unaware when it’s given to them. As Ronnie also explains in the video above, it can also be used as protection from the evil eye.

The symbol is not only hand gesture of choice for fans of hard rock and heavy metal, but in recent years (in fact, just this past year) it’s been the subject for controversy.

Last year, Gene Simmons of KISS made headlines everywhere by attempting to trademark the iconic hand gesture claiming that he invented it. First, he claimed that he unintentionally created the symbol when on stage he would try to wave to fans with a guitar pick in his hand. He said he used his middle finger, ring finger and thumb to hold the pick with his index finger and pinkie extended and fans would copy him.

However, he later stated that he got the symbol from the Marvel Comics character Spider-Man.

Gene was unsuccessful in his attempt to trademark the hand gesture, because honestly, how does one trademark a body movement of any kind?

Nevertheless, it’s so fascinating that the Maloik (or as it’s often called the ‘devil-horns’) is often used as the main hand gesture for hard rock and heavy metal, but was initially created to ward off evil glares. Thus, we’ve been using this hand gesture wrong for years… But that doesn’t mean we’re gonna stop using it…