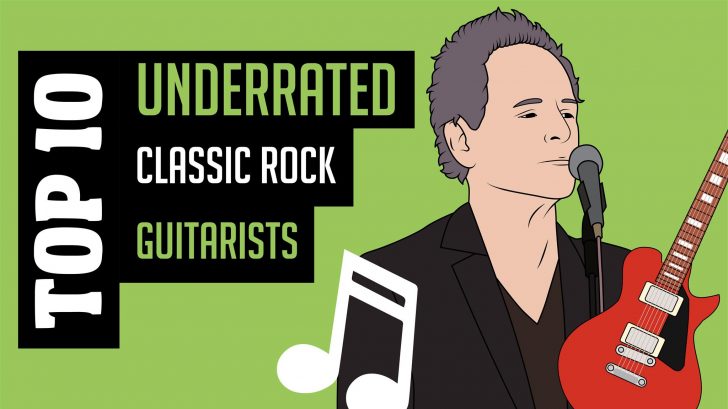 Music has always hit people. Either you’re a blues fan, prog rock, heavy metal, hard rock, punk rock, etc… Some people would prefer slower blues tunes and find the playing on the slower songs more emotive. But for whom do we credit these amazing tunes? Yeah, the guitarist. Without these awesome guitarists, we would never have the sounds that we have so long desired. Most of the amazing guitarist are being overlooked, not being recognized for their amazing works. We are far too caught up with the image in front of us, we simply ignore the people who are responsible behind the scene.

For an example, Lindsey Buckingham is definitely one of the most overlooked guitar player. The only thing that undercuts his image as an amazing guitar slinger was his success as a pop star.

For Fleetwood Mac fans, I guess, they’ve always appreciated him as a great axe slinger. He’s pretty brilliant, not only as a guitar player but as a songwriter too. He deserves to be on the list.  A killer guitar playing mofo and very underrated. One thing for sure, if Lindsey Buckingham never joined Fleetwood Mac, FM would have been just a pimple in rock history. Nuff’ said.