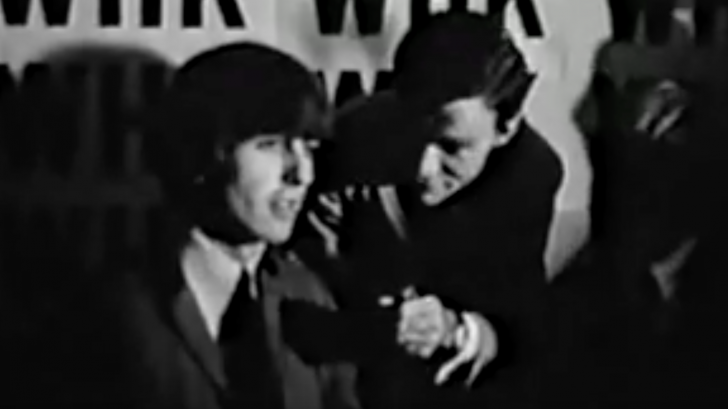 The Beatles made one of their first appearances at the Coliseum in D.C. in 1964. Here’s the kicker. The way the stage was set up, was so that they were surrounded. So basically all sides of them, there was an audience. This made it perfect for what was about to happen next.

Jelly Beans ARE NOT Jelly Babies

Jelly beans. Some people love them, some people hate them. When the Beatles came to America, they stirred up a frenzy. People were absolutely nuts about them. Obsessed. In an interview before that show by the NY Times, Harrison mentioned to reporters how the band loved “jelly babies”. So fans thought it would be a good idea to bring a bunch to the concert and shower them with love. One problem.

Maybe something lost in translation, but Harrison mentioned the soft gummy candy “jelly babies” which people in the U.S. mistaken for the harder shell, jelly beans. So by nature, what did people do? They all got jelly BEANS and decided it’d be cute to chuck them at the band.

“That night we were absolutely pelted by the **effing** things. They don’t have soft jelly beans there, they have hard jelly beans. To make matters worse, we were on a circular stage, so they hit us from all sides. Imagine waves of rock-hard little bullets raining down on you from the sky…if jelly beans traveling about 50 miles an hour through the air hit you in the eye, you’re finished. You’re blind, aren’t you? We’ve never liked people throwing stuff like that. We don’t mind people throwing streamers, but jelly beans are a bit dangerous, you see! Every now and again, one would hit a string on my guitar, a plonk off a bad note as I was trying to play.”