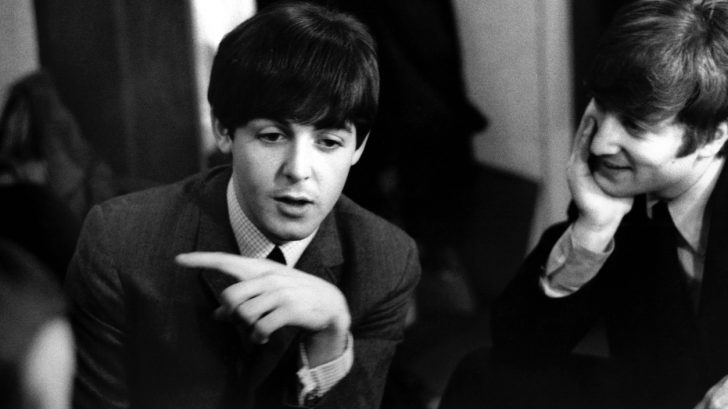 If you were around during the time that Beatlemania first happened, then you’ll remember what an absolutely crazy time it was. The Beatles were literally everywhere, on every poster, playing during every radio broadcast, on every TV, EVERYWHERE. This you already knew, and to be honest, it’s still the case today.

It is well deserved, though. The Beatles have written a wealth of music that has stood the test of time, and always will. They’ve literally helped reshape pop culture as we know it. To it put it simply, if The Beatles never existed, the world would look WAY different, and what’s even weirder is that it’s all thanks to one song that was written last minute.

The date was June 26, 1963 when right after a show at the Majestic Ballroom in Newcastle, England the band decided to go straight to their hotel room and write a song. John Lennon and Paul McCartney sat opposite each other on the hotel beds and began writing.

Paul had the idea to write a call and response song with him singing the lyrics and the rest of the band singing “Yeah, Yeah, Yeah”. They eventually decided on Paul and the others singing all the parts together. They eventually came out of the hotel room having written “She Loves You”; a song that was a last minute creation that nobody in the band thought would go anywhere.

As it turns out, “She Loves You” became their best selling single of the 1960s and shattered many records in the UK. The song reached the top 10 mark in 11 countries and reached number 1 in 7 of those countries.

The song ended up becoming the tune that catapulted the band into the national spotlight in the US, thus making Beatlemania the international phenomenon this it was and is today. This just goes to show that even a last-minute creation in a hotel room can lead to the reshaping of music as we know it!