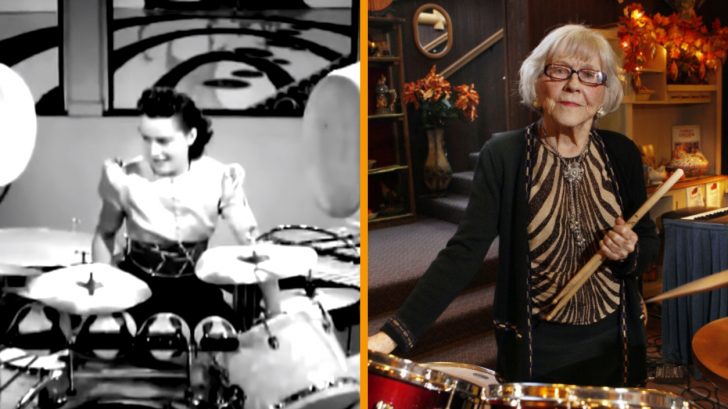 The Living Legend You Never Knew About

There are very few musicians in the world who live to be a hundred and over, let alone still play music at such an age. The lovely Ms. Viola Smith, born November 29, 1912, in Mount Calvary, Wisconsin, is one of those people. Viola (or as her real name reads Viola Schmitz) is a world-renowned drummer who has been playing for swing bands and orchestras since the 1920s.

She is is one of the first publicly known professional female drummers.

Even today, she is one heck of a killer drummer, and only up until recently was she laying drums for a band called Forever Young Band: America’s Oldest Act of Professional Entertainers. She is still one of the most inspiring and influential drummers in the world today.

Aside from appearing on the Ed Sullivan Show 5 different times, she has also appeared in two different films; ‘When Johnny Comes Marching Home’ and ‘Here Come the Co-Eds’.

Viola is no doubt a living legend and a true inspiration to drummers and other musicians all over the world. Even at her age, she proves to be one of the most persistent and most motivated people on earth doing what most people would never imagine to be possible.

106 years old and still being an absolute monster at the drum kit is no easy feat, but Viola Smith does it with flying colors. Rock on, madam!