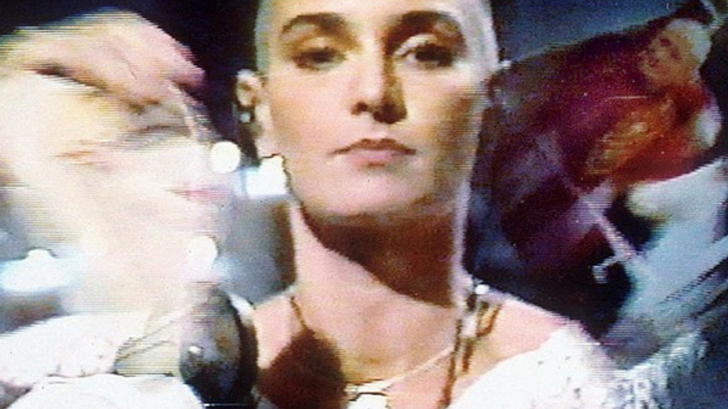 “The Air Went Out Of the Studio.”

She doesn’t regret it.

In fact, “Hell no!” was her emphatic reply when asked if she’d do things differently if given the chance during a 2002 interview with Salon Magazine.

Now 52, Sinead O’Connor is more than 25 years removed from the moment that left America speechless – and yet she’s still defined by it, alternately lampooned and reviled for her actions during her October 3, 1992 appearance on Saturday Night Live. It should have been business as usual for O’Connor, who was making her second appearance on the show in two years – and for a moment, it was.

Rehearsals for that evening’s show went off without a hitch. O’Connor, then just 26, ran through her performance – an a cappella cover of Bob Marley’s “War,” complete with a photo of a refugee child to be held up at the very end as the audience burst into applause. She’d changed some of the lyrics, originally inspired by Ethiopian Emperor Haile Selassie’s 1964 speech at the United Nations and meant to highlight the plight of racial inequality, to reflect that of abused youth around the world.

No one at Saturday Night Live knew what she was planning for the live broadcast later that evening.

As rehearsed, Sinead performed “War” in almost breathtaking fashion, staring deep into the camera while surrounded by large, white pillar candles. The lyrics remained changed and centered around abused children, but when she held up the photo towards the end of “War,” it wasn’t a photo of a refugee child.

It was a photo of Pope John Paul II.

Wordlessly, and to the shock of the millions of Americans watching, O’Connor tore the photo of Pope John Paul II into pieces before throwing them at the camera with a defiant, “Fight the real enemy”.

The country – and the audience – went silent. Showrunner Lorne Michaels ordered that the applause sign not be used;  NBC Vice-President of Late Night Rick Ludwin “literally jumped out of [his] chair,” while SNL writer Paula Pell recalled personnel in the control booth frantically trying to decide what to do, up to and including discussing the cameras cutting away.

Unsurprisingly, the backlash was swift.

O’Connor’s stunt earned the ire of Madonna, who told the Irish Times “I think there is a better way to present her ideas rather than ripping up an image that means a lot to other people.” She added, “If she is against the Roman Catholic Church and she has a problem with them, I think she should talk about it.”

Actor Joe Pesci, who hosted Saturday Night Live a week after O’Connor’s appearance, displayed the same photo of the Pope during his monologue, revealing that he’d taped it back together. While he acknowledged that Pope John Paul II likely wouldn’t have taken it personally, he joked that had it been his show,  “I would have gave her such a smack”.

While Sinead O’Connor flatly refused to apologize or express regret for her actions, she did explain them in an interview with Time a month later.

“It’s not the man, obviously—it’s the office and the symbol of the organization that he represents,” she said. “In Ireland we see our people are manifesting the highest incidence in Europe of child abuse. This is a direct result of the fact that they’re not in contact with their history as Irish people and the fact that in the schools, the priests have been beating the s— out of the children for years and sexually abusing them. This is the example that’s been set for the people of Ireland. They have been controlled by the church, the very people who authorized what was done to them, who gave permission for what was done to them.”

Ten years later, she reflected on it once again – this time, suggesting that it was “quite supported” and “very well understood” outside of America.

“It’s very understandable that the American people did not know what I was going on about, but outside of America, people did really know and it was quite supported and I think very well understood.”

To this day, Sinead O’Connor is still banned from Saturday Night Live for her performance – but she’s since asked the church for forgiveness.