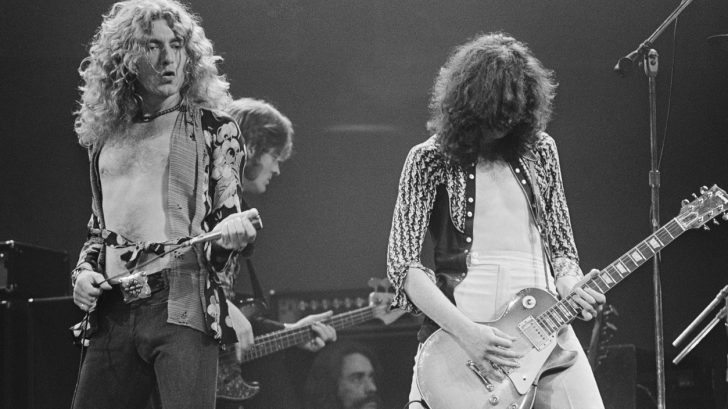 An In Depth Look At The Many Conspiracies!

So, for years now, famous rock bands, particularly ones in the 1960s-1970s time frame, have been the target of accusations and conspiracies. Bands like The Beatles, Black Sabbath, AC/DC among others are accused of having hidden messages or secret meanings on their music/imagery, but the one band that probably got the most of it was Led Zeppelin. Led Zeppelin are bonafide rock icons. They’re music, persona, and instrumentation have cemented them as one of the most influential rock bands of all time. Naturally, if you’re in an even moderately successful band, you’re bound to have some harsh criticism in some way, shape, or form come your way. It’s just the way it goes, but the reasons why Led Zeppelin got the flack they did is not just because they were successful, but because they kinda brought it upon themselves. Here’s what I mean…

Let’s start with the speculation that probably has the least merit. The famous myth that surrounds the band. The myth is that when Led Zeppelin first formed, singer Robert Plant, guitarist Jimmy Page, and drummer John Bonham (excluding bassist John Paul Jones which is important to remember) all were all itching for greatness. So, according to the myth, Robert Plant, Jimmy Page, and John Bonham all sold their souls to the devil to become widely amazing, not just as a band, but also as singular musicians. Now, if you know even a little bit about Led Zeppelin, you’d probably know that the three most prominently known members are aforementioned Robert Plant, Jimmy Page, and John Bonham. All three members are well known for their musical abilities (even though John Paul Jones is every bit as good if not better) and have asserted themselves as rock legends, while bassist John Paul Jones remains particularly underrated. This unexplainable phenomenon would continue for many years, but then, the real drama happened. If you’re unfamiliar with selling your soul to satan AND YOU SHOULD BE UNFAMILIAR, there’s a lot to it, but one of the key things to note is that if you sell your soul, you’ll get whatever it is you’re selling your soul for, but there’s a price, and that price is not only your soul, but also something you love. As time went on, things quickly became tragic for the three aforementioned members. Robert Plant had lost his son to a stomach virus. Jimmy Page had fallen deep into drug addiction that made him very ill, and John Bonham had tragically died. Meanwhile, John Paul Jones continued to live a perfectly fine lifestyle. Again, this is JUST a myth. We don’t know if it is true or not.

Now, let’s talk about the symbolism that the band uses.

Considered to be arguably one of the most recognizable set of images in music history, Led Zeppelin have made these four symbols their main logos to represent the empire that is Led Zeppelin. Now, this is a bit of a stretch, but as you can imagine, any successful rock band, especially one as eccentric as Led Zeppelin, that has imagery like this is bound to get criticism for it. These four symbols shown above were purely intended to represent each member of the band, according to Led Zeppelin. But of course, when it comes to angry parents who assume that all rock music “was the devil”, Led Zeppelin became an easy target. Again, this is quite a stretch, but Led Zeppelin didn’t exactly kill the speculation with these symbols. Now, these symbols haven’t proven to be anything “cult-ish” or anything like that, but it is admittedly pretty fun to accuse them of it, but I digress. Let’s get to the main point. The subliminal messaging.

Now before I talk about this, I’ll just disclose that this is PURELY speculation! None of this has ACTUALLY been proven, and the band has not admitted to this at all. Anyway, here we go.

Stairway To Heaven, which is one of Led Zeppelin‘s most well known songs, is constantly talked about, even to this day. You can go back and listen to the song yourself, but basically the song can interpreted in many different ways as it is said to have many different meanings. It is an iconically great song. That… is a fact, but where the speculation comes in is if you play the song backwards. Many people have claimed to hear subliminal messaging in the music. Satanic messaging. Here is a video of just that (ignore the offensive annotations). You can make the determination for yourself, but the evidence does seem pretty strong.

So what do you think of all of this? Are Led Zeppelin a bunch of scary cult leaders? Or is all of it being blown out of proportion? Let us know in the comments!