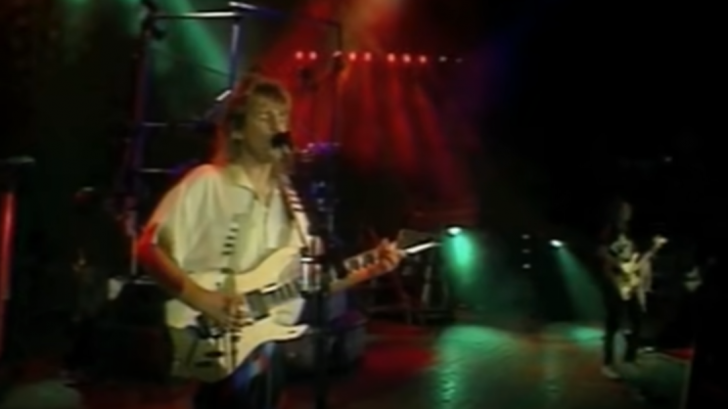 One Of The Most Underrated Rock Anthems!

When thinking of super powerful rock songs that motivate you and inspire you, there are literally thousands of songs you can think of. Even some of the most underrated bands have created timeless rock anthems that have reshaped the world of rock and roll as we know it.

But with that said, what we have for you today is a powerful, and I mean POWERFUL rock song that you may not have actually hear of.

Meet Triumph. Originally from Mississauga, Ontario, Canada, Triumph are a trio of three maestros that had it all. The look, the talent, and all the potential in the world. Reasons as to why the band never became as big as they should’ve are unclear, and once you listen to their music, you’ll find it all the more puzzling why they never blew up.

Nevertheless, Triumph is an extraordinary band that is still going strong today.

What you’re about to watch is a video in which the aforementioned band takes the stage to play what’s considered to be their greatest hit “Lay It On The Line”. This is a powerful, borderline metal song that was way ahead of its time. The song is epic, eerie, and hard-hitting all wrapped into one, and ass you see, this band knocks it out of the park… Even if it is just a music video! 😉

Watch below and see for yourself!