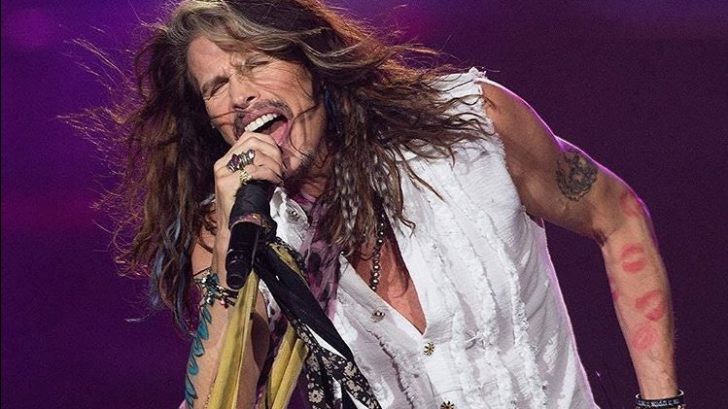 Steven Tyler has been rocking ever since the ‘70s. Over the decades, Tyler has become an enduring rock icon. His overall showmanship and songwriting are to be commended for, but one such notable signature of Tyler is his voice. With his amazing vocal range and powerful screams, he was dubbed as the “Demon of Screamin’.”

Tyler idolized vocalists like James Brown and Paul McCartney. But of course, Tyler wasn’t a copy of the two. He had a style of his own.

Let’s take a look at what made Steven Tyler’s voice the stuff of legends.

The Aerosmith frontman is actually a tenor. Tenors are males who can sing to the highest note. The typical tenor vocal ranges from C3 up to C5, but Tyler can range up to E6. Experienced tenors like Pavarotti could only hit up to F5.

Tyler has the vocal cords to even outmatch a professional opera tenor. One example of Tyler’s vocal prowess is exhibited in Aerosmith’s power ballad “Crazy”. Without the backup of instruments, it’s truly astounding how Tyler’s voice can go up so high.

Screaming with a high pitch seems to be a signature of Tyler’s. According to medical experts, too much screaming will eventually change the quality of one’s voice. There is even a risk of damaging the vocal cords which can lead to losing the voice’s natural sound. It’s amazing how Tyler can still sing high notes all these years and still sounded pretty much the same.

How does Steven Tyler still keep the quality of his voice? Surely after 40 years of screaming would have rendered him unable to sing. Tyler is already in his 70s, but he’s not slowing down.

How is this possible?

Steven Tyler implements a technique called Bel canto. Bel canto, which is Italian for “beautiful singing” or “beautiful song” was developed in the 17th, 18th, and 19th century. It’s widely used by Italian opera singers which subsequently spread throughout Europe.

Singing in bel canto puts emphasis on how to breathe properly while singing. It is a technique that teaches the singer how to sing naturally as if they are talking. The bel canto technique removes the stress from the vocal cords in order for them to vibrate effortlessly.

Rock stars like Myles Kennedy of Alter Bridge and Bruce Dickinson of Iron Maiden are some vocalists who also implement the bel canto technique.

There is no secret to Steven Tyler’s voice. He just knows how to take care of it.