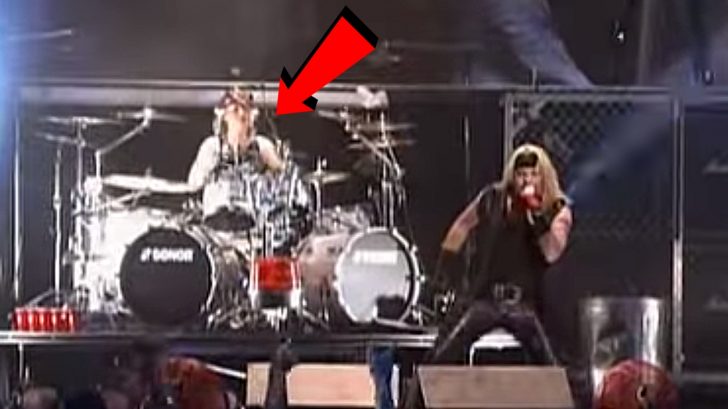 When you think of Mötley Crüe, you think of the four original members, right? I think it’s safe to say that we all do. But what you may not know is that the band actually went through a few line up changes over the years. One time with a different singer by the name of John Corabi, and two different times with different drummers. One of them the legendary Randy Castillo, and the other with the person you’re about to learn about, Samantha Maloney.

Sadly, even true fans of Mötley Crüe may have intentionally overlooked her tenure with the band, but what you and those “fans” may not know is that during her time with the band, she asserted herself as one of the most badass rock drummers ever.

Fans were quite skeptical about Samantha joining the band at first. After Tommy Lee’s departure from the band, former Ozzy Osbourne drummer Randy Castillo was recruited, but he died of cancer two years later. It was then that Samantha came on board in 2002.

You see, at the time still, sadly, females in rock & roll were not as common as they are now. The culture of the Mötley Crüe fan club was quick to dismiss her, but it was when she got on stage all those nights and play the rip-roaring drum parts to “Kickstart My Heart” that fans were absolutely blown away.

Born in Queens, New York, Samantha is a renowned rock drummer who has not only played for Mötley Crüe, but also Eagles of Death Metal, Peaches, Chelsea Girls, The Ingenues, Brother Clyde, and Cherri Bomb among many other bands. She’s been drumming since the age of 5 and studied percussion extensively in school.