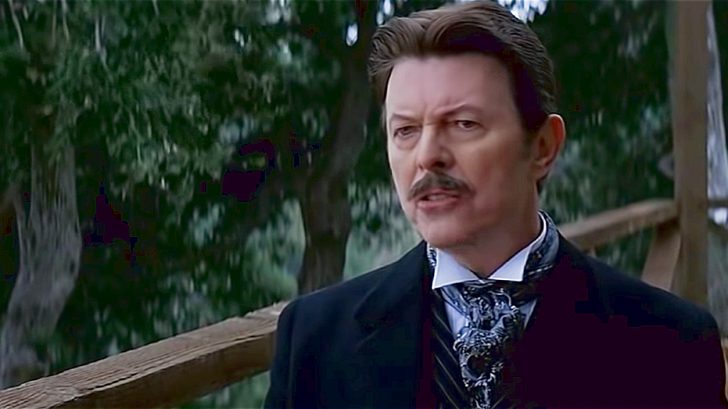 As if you didn’t already know, the late, great David Bowie was truly one of the most talented and versatile figures in all of rock & roll. He was a singer, musician, cultural icon, actor, and philanthropist. The man could really do it all. Though, it’s important to note that he never boasted about any of it. As popular as he was, he always remained humble about all of his accolades.

One such achievement that went relatively unnoticed was his stellar role in Christopher Nolan’s ‘The Prestige’; a film about two magicians from the Victorian Age whose professional rivalry turns violently personal. If you missed it, fear not. Let’s get you up to speed.

In a movie full of fictional characters, Bowie plays a real life person and true visionary Nikola Tesla, a Serbian-American inventor, electrical engineer, and mechanical engineer whose inventions and ideas helped shape modern technology and engineering as we know it. In this film, Tesla is approached by Robert Angier (portrayed by Hugh Jackman) to create a revolutionary invention to help improve his magic show.

This is where Tesla becomes the voice of reason of the film. He immediately recognizes Angier’s obsession with being better than Alfred Borden (portrayed by Christian Bale).

He knows he’s capable of making the machine, but he urges Angier to “go home and forget this thing”, because he knows that both his obsession and the machine will drive him to unhappiness, but Angier insists…

As foretold, Angier’s obsession eventually drives him to his emotional and literal demise. Tesla was right. The machine, which artificially creates a physical and conscious duplicate of whoever uses it, makes Angier the best musician in the world, but tears his life apart. I won’t spoil the movie, but it’s truly heartbreaking.

Tesla was the one who warned not just Angier, but us the viewers about obsession. He conveyed the theme of this movie, which was the benefit of knowing when an obsession is going too far.

Legendary director Christopher Nolan did a superb job with the casting, especially when it came to David Bowie. There was simply no other choice.