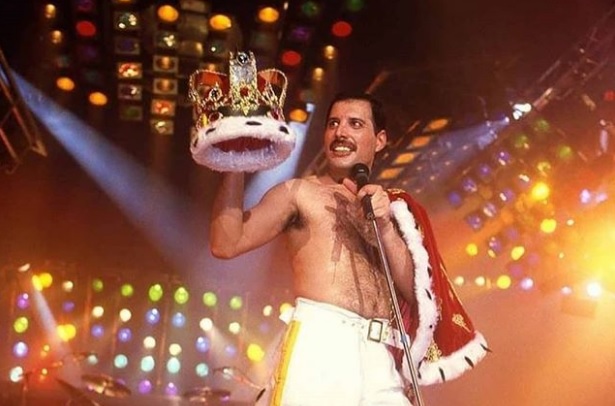 There will never be anyone quite like Freddie Mercury. Farrokh Bulsara or Freddie Mercury had rocked the life he lived and left in a blaze of glory. Despite battling illnesses brought about by AIDS, that did not stop him from performing. He was a performer until the very end.

Here are 10 facts of what we have discovered after the Queen’s frontman’s death:

Mary Austin was Mercury’s ex-fiancé. Though the two ended their physical relationship, they had remained close until the musician’s death. Austin was the inspiration behind the song “Love of My Life”, where Mercury claimed that she was his soulmate.

Before Mercury passed away, he disclosed to Austin where he wanted his final resting place should be. Mercury told her that he just wanted to rest in peace.

“He didn’t want anyone to dig him up as has happened to some famous people. Fans can be deeply obsessive. He wanted it to remain a secret and it will remain so.”

Austin kept her word. After Mercury was cremated, she kept his ashes for 2 years just so the media’s attention would die down. Then one day, she told the mansion’s staff she was out for a facial and proceeded to bury his ashes in an undisclosed location.

Undoubtedly, Mary Austin was very special to Mercury. He called her “the love of his life”. Though they were not officially married, he referred to her as his common-law wife. It came to no surprise that Mercury would leave everything to Austin.

Mercury left Austin his $75 million estates, the 28-room mansion in London, and most of the copyright earnings. Austin will earn more after the success of the biopic Bohemian Rhapsody. She has resided in his mansion for the past 20 years, away from the media’s attention.

Despite the fortune Austin has inherited, she shared that it was a burden. Though Mercury did leave part of his assets and fortunes to Jim Hutton, his family, and his staff, most didn’t understand why Austin had gotten the bulk. Apart from the fortune, she has also got the jealousy from people who worked with Mercury.

HIV/AIDS spread like wildfire back in the 80s. Contracting the virus was like being handed with a death sentence. At that time, AIDS was strongly associated with homosexual men. Back then, tests for HIV were not accurate and most of the nature of the virus was still unknown.

Mercury didn’t know he had been exposed to HIV until he was diagnosed in April 1987. One of the symptoms that Mercury noticed was Kaposi’s sarcoma tumor on his shoulder. Kaposi’s sarcoma is a rare type of skin cancer that is an AIDS-defining illness.

Even so, Mercury was not candid about his illness, even to his bandmates and family. He only told them a little later. It was only on November 22, 1991, did he publicly announce he was tested positive for HIV/AIDS. Mercury passed away 24 hours after the statement was released.

AIDS is a brutal illness. It targets the person’s immune system and renders them vulnerable for numerous sickness. The victim doesn’t suffer only one illness, but numerous ones. Mercury was battling AIDS in secret, but he knew it won’t stay that way for long.

“The problem was actually his foot, and tragically there was very little left of it. Once, he showed it to us at dinner. And he said, ‘Oh Brian, I’m sorry I’ve upset you by showing you that’.

“And I said, ‘I’m not upset, Freddie, except to realize you have to put up with all this terrible pain’.”

May also lamented that if only drugs became available earlier, they wouldn’t have lost their friend.

“He missed by just a few months. If it had been a bit later he would have been with us, I’m sure.”

Freddie Mercury’s voice is nothing but out of this world. His vocal range could go from bass F2 and could hit up to high F6. Mercury once said that he owed his intense vocal prowess to his buck teeth. Which is why he refused dental surgery to correct them.

However, this proved to be false.

In 2016, a team of researchers led by Professor Christian Herbst, an Austrian biophysicist, and vocal pedagogue, studied Mercury’s voice. It apparently had nothing to do with his buck teeth, but on his vestibular folds.

Freddie Mercury had an extraordinary voice. Even science proved it to be true.

Princess Diana Spencer was the most photographed woman in the world. She was hankered by paparazzi everywhere and every moment she was out in public. Being a famous person himself, Mercury sympathized with the People’s Princess’ plight.

The frontman befriended the Princess in the mid-’80s at that time when she was heavily scrutinized by the media. Diana wanted to tag along with Mercury and his friends at the Royal Vauxhall Tavern, the most raucous gay bar in London. But it would be scandalous to find the Princess in such a place.

Mercury and his group devised a plan. They would disguise the Princess in an army jacket, aviator sunglasses, and a leather cap. Her disguise passed off as “rather eccentrically dressed gay male model”.

It was a success. Everyone in the club was distracted by Mercury and his group that they didn’t notice royalty sitting amongst them. Thanks to Mercury, Princess Diana was able to enjoy 20 minutes of anonymity and freedom.

The King of Pop and the Queen frontman were friends for a time. They even collaborated on the track There Must Be More To Life Than This.

This partnership didn’t last very long though. According to David Wigg, writer and a close friend of Mercury’s, Jackson would bring his pet chimp Bubbles to the studio. This eccentric behavior apparently made Mercury very uncomfortable.

“Freddie got very angry because Michael made Bubbles sit between them and would turn to the chimp between takes and ask, ‘Don’t you think that was lovely?’ or, ‘Do you think we should do that again?”

This situation soon reached a boiling point and Mercury had enough.

“After a few days of this, Freddie just exploded…’I’m not performing with a fucking chimp sitting next to me each night.’”

Wigg recalled that Mercury immediately flew back to London and left the track unfinished. However, in Jackson’s account, it was the other way around. Jackson claimed he caught Mercury snorting cocaine which prompted Jackson to break off the collaboration.

It’s always misinterpreted that Mercury was gay when in fact he was bisexual. He was in a relationship with Austin for 6 years before coming out. Mercury was later involved with hairdresser Jim Hutton for 7 years until his death.

In the 80s, HIV/AIDS was wrongly associated solely with gay men. Since Mercury contracted the virus, it was widely assumed that he was gay. To be more precise, Mercury was emotionally drawn to women but was physically attracted to men.

Like any other band, the members of Queen would have disagreements. May recalled that it was him and Taylor who would be arguing most often. Mercury would be the one to neutralize the tension.

May recalled, due to Mercury’s flamboyant style, it’s mistaken that he was difficult to work with. In fact, he was the mediator of the group. He was the most composed member of the band.

Mercury kept quiet about his illness. He didn’t want people to listen to his music out of sympathy, but out of love. He also didn’t want the media to always pry into his illness rather than his work.

The Show Must Go On was Queen’s final track with Mercury. He was already very ill when they were recording. Brian May recalled that he was concerned if Mercury would still be able to perform.

“I said, ‘Fred, I don’t know if this is going to be possible to sing.’ And he went, ‘I’ll fucking do it, darling.’–vodka down– and went in and killed it, completely lacerated that vocal.”