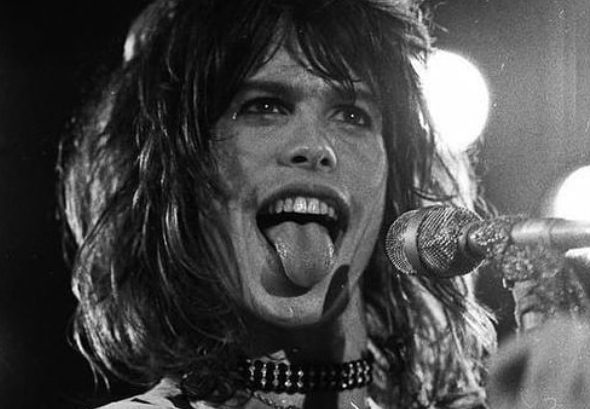 Life as a rock star sure is dazzling and amazing. With fame and fortune at the palm of your hand, it’s typical to get involved with countless women (and men) and drugs. Steven Tyler has been living such a lifestyle for decades. From Aerosmith frontman to an American Idol judge, he’s capable of some shocking behavior.

In his memoir Does the Noise in My Head Bother You? Tyler reveals all of his outrageous experiences and even little known facts about himself. Not exactly a literary masterpiece, but it’s an entertaining read.

Here are 8 of the weirdest and wildest discoveries written in Tyler’s memoir:

Tyler’s physique isn’t exactly the athletic type. But believe it or not, he was indeed once. He mentioned in his memoir that in his high school years he was part of the junior trampoline Olympic team. He could even execute continuous 26 backflips.

Tyler may have had affairs with countless women, but he reveals he had an affair with a man when he was younger.

“Gay sex just doesn’t do it for me,” he confessed. “I tried it one time when I was younger, but just didn’t dig it.”

Speaking of homosexuality, Tyler got a bit too close to Joe Perry too.

“I remember one night on the road when Joe and I were sharing a bed with two girls and woke up in the morning with a seafood blue plate special…Crabs for everybody!”

Following another drug relapse, Tyler checks himself at Betty Ford clinic in December 2009. There, he encountered Ivan Followill who was checked in by his sons. Followill is the father of the alternative rock band Kings of Leon members Caleb, Nathan, and Jared.

“His kids didn’t like the way their dad was behaving,” Tyler recalled. “He’d remarried and they hated his new wife, he was getting drunk all the time, running trucks and buses off the road– he was the band’s tour manager– just fucked up shit. So they sent him to rehab, and so I spent the next month in the best of company with the Kings of Leon’s dad.”

Misery loves company as they say. Or something along that line.

6. Ex-members of Led Zeppelin Wanted To Form A Band With Tyler

However, when the four rehearsed, Tyler thought this engagement wasn’t going anywhere.

“–but I soon realized it wasn’t going to work.” he writes in his memoir. “Not that I couldn’t singe the stuff, I could do Led Zep in my sleep, but I wasn’t Robert Plant, and Robert wasn’t anything like me. Fans want to hear ‘Percy’ [Plant’s nickname] wail on ‘Whole Lotta Love,’ ‘Communication Breakdown,’ etc. It never would have been the same.”

Drug addiction has been debated as part of the rock star image. Musical epiphanies are attained with some narcotics or recreational drugs. Some rock stars would do it in private, in their hotel room or a VIP room in a club. But not for Tyler and Aerosmith.

At the prime of their popularity in the ‘70s, Tyler and his bandmates didn’t need to wait for their show to finish to snort cocaine. They simply go backstage during intermissions.

“Joe [Perry] had vials of coke with straws in them at the back of the stage, and when the lights would go out he’d go over there like he was checking something or making a guitar change and [a roadie] would put the straw in his nose; he’d take a hit, then the lights would come on again.”

The perks of being a rock star.

8. Not Everyone Loves Rock Stars

Not everyone can tolerate rock stars and their wild antics. Especially those who are working for them. The road crew of Aerosmith isn’t always enthusiastic about working with these musicians. Sometimes crew personnel would get back at their rock star employers in the crudest way.

“I found out years later (through a crew member confessional) that when the techs would get pissed off at the band, they’d wipe their ass with the bologna and put back on the deli tray.”