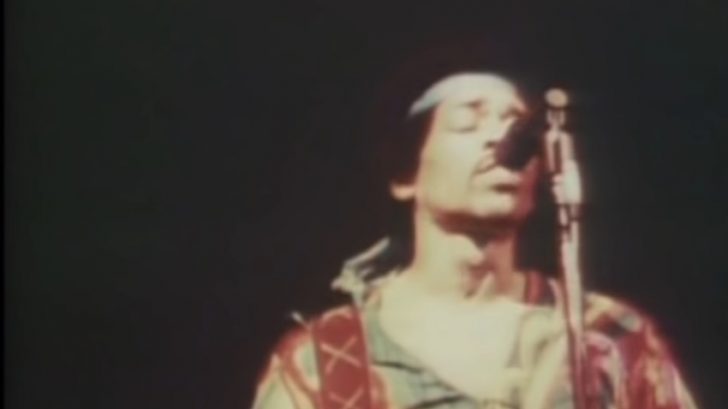 Bob Dylan originally composed and sang “All Along the Watchtower” in 1967. The song had a slow tempo and didn’t attain much recognition. But when Jimi Hendrix performed the cover, the result was mind-blowing. Even Dylan was astonished.

Jimi Hendrix wasn’t called the “Guitar God” for nothing. The man had come from a poverty-stricken background, too poor to even afford guitar lessons. However, he overcame all odds with his passion for music. Hendrix soon wowed the world with his talents.

Hendrix was actually a fan of Dylan and had always admired his lyrics. He once commented that people should read his lyrics more as they are a reflection of the joys and sadness of life. Hendrix also saw “All Along the Watchtower” as a reflection of himself that he may have written them as well.

Dylan’s original version didn’t top the charts, but Hendrix’s did. As a matter of fact, this was Hendrix’s only Top 40 Hit in the US. This cover reached No. 20, making it his single to have reached the highest spot. It also reached the charts a few times in the UK.

In an interview with Sound on Sound magazine, producer Eric Kramer commented:

“He loved Bob Dylan. He was fascinated by the color of the lyrics and the tone of the lyrics, and of course, the chord sequences were wonderful. It was a very special song.”

In this live performance in Atlanta International Pop Festival on July 4, 1970, shows how proficient Hendrix is with the guitar. He played for 500,000 audiences. His version of “All Along the Watchtower” showed his skill and mastery on the guitar, an astounding feat for someone who had to learn everything by ear.

It was an age of civil unrest in America and Hendrix was a cultural icon that brought people together with his music. The song seemed to have come alive with its lyrics and chords that Hendrix provided. Ironically, Jimi Hendrix passed away a few months after this live performance.