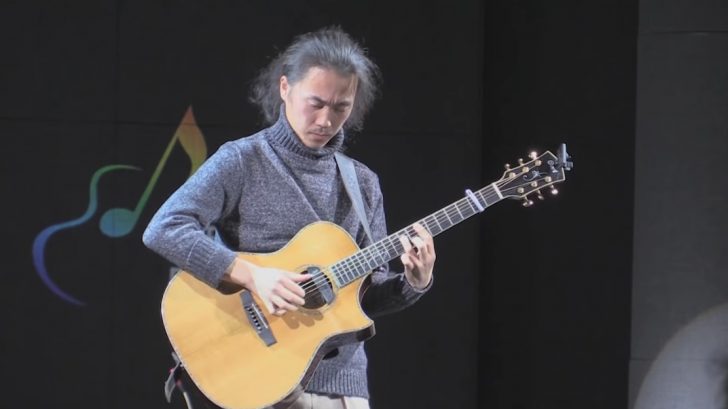 Hotel California by the Eagles was first released in 1977. The track had received much recognition and accolades. At the 20th Grammy Awards in 1978, the Eagles won the 1977 Grammy Award for Record of the Year. The song was ranked by Rolling Stone magazine in the 49th spot on “The 500 Greatest Songs of All Time” list and the top spot of several international music charts.

The musician who performed this fantastic rendition is Minsung Gong. There isn’t much biography on Mr. Gong’s channel, apart from his videos performing various acoustic guitar covers of songs. That aside, his talent on the guitar speaks for him.

Apart from awards and accolades, Hotel California has been integrated into the world’s culture. The song has had interpretations that incline towards loss of innocence or sociopolitical statements. It is quite amazing how Mr. Gong was able to capture the essence of the song wordlessly.

Hotel California was a song performed by 7 people, but Mr. Gong single-handedly nails every single note and beat. The cover is 6 minutes and 37 seconds long and the musician’s playing is simply flawless. Not a single note goes unplayed. Cliche as it sounds, it was if the guitar had its own voice and sang the song.

There isn’t much information on Minsung Gong. It is certain that he is South Korean. Though we may never know if he is a prodigy, he certainly is a virtuoso with the guitar. Surely, if members of the Eagles would see Mr. Gong’s performance they’d be so proud.

His cover on Hotel California is undoubtedly mind-blowing and spell-binding.