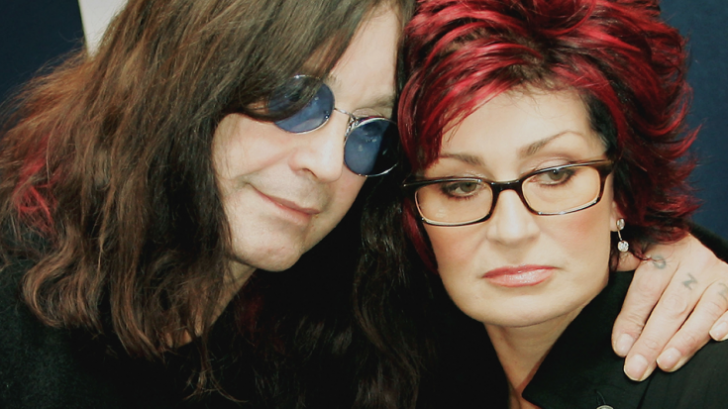 Citing a fall at his Los Angeles home that aggravated injuries from his 2003 ATV accident, Ozzy more or less left fans in the dark as to what that fall entailed. Now, thanks to wife and manager Sharon, we know exactly what that injury was and whoo boy – it sounds incredibly painful.

During yesterday’s episode of The Talk, Sharon tearfully recalled that shortly after returning home from the hospital after a bout with pneumonia, Ozzy slipped and fell in the middle of the night. The fall, which re-injured his back, neck, and shoulders, also dislodged the metal rods put into Ozzy’s body after the ATV accident, prompting an immediate decision to sideline the singer for the remainder of the year.

“He, at the beginning of the year, had a bad flu that went to bronchitis that went to pneumonia. He came out of the hospital and he had a bad accident at home … he fell in the middle of the night. And years ago, previously, had a motorbike accident, where he was in a coma for days. And what he’d done was he re-injured his back and neck and shoulders. And all of the metal rods and everything that were put in his body were dislodged. So we had to cancel this year’s events.”

The incident she’s referring to is the 2003 ATV crash that nearly killed Ozzy. It left him in a coma for eight days and the extent of his injuries meant reconstructive surgery, which included a rib cage packed with screws, bolts, and metal rods. In his 2010 memoir I Am Ozzy, Ozzy joked, “When I walk through an airport metal detector these days, a klaxon goes off in the Pentagon.”

It’s not all bad news, though.

In Case You Missed It

Osbourne, 70, was at home recovering from a recent bout of pneumonia that sidelined him for much of the first half of 2019 when he suffered a nasty fall, aggravating injuries from his 2003 ATV accident. A statement was issued on his behalf on his official Facebook page, detailing the stress and frustration the legend has been under as a result of his health woes.

OZZY will postpone all his 2019 tour dates, inclusive of shows in North America and Europe, as he recovers from an…

Ozzy, who will remain under a doctor’s care for the foreseeable future,  also offered up his own thoughts on his injury and the latest round of postponed shows.

“I can’t believe I have to reschedule more tour dates. Words cannot express how frustrated, angry and depressed I am not to be able to tour right now. I’m grateful for the love and support I’m getting from my family, my band, friends and fans. It’s really what’s keeping me going. Just know that I am getting better every day. I will fully recover … I will finish my tour … I will be back!”

Fans can expect shows to be rescheduled beginning in February 2020 and are asked to hold onto their original tickets, as they will be honored for the rescheduled dates. Unfortunately for some, a few of the 2019 dates were festival appearances and as a result, will not be rescheduled. Below are the new North American dates, with the Los Angeles Hollywood Bowl show to be rescheduled for sometime in July 2020.

The 2020 UK and European dates will be announced in the coming weeks.