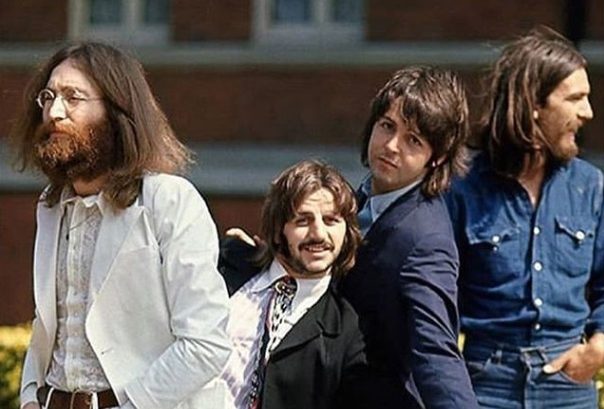 Beatlemania first took the world by storm in the early ‘60s. For most rock and roll fans, the mania will never end. For others, however, they are just some overrated boy band who can’t croon a tune.

Love them or hate them, The Beatles have already gone down in history.

It’s undeniable that The Fab Four’s music has painted a magnificent picture of daily life. From songs about love, working hard, learning forgiveness, letting go, up to civil rights movements, the Beatles’ music drew inspiration everywhere and had already peered beyond their time. The Fab Four narrated life through music and spoke their wisdom through their lyrics.

Here are the top 10 best lyrics that celebrate their creativity:

Simple lines, but carries profound meaning. How much you love is equal to the love you get. One can also think about Karma if one is imaginative enough.

One of Lennon’s works that radiates his knack for simplicity and profoundness. The lyrics speak for itself. Everything is possible with love.

Originally Ringo Starr’s expression, Lennon turned “A Hard Day’s Night” into a song. For a typical person, it is tiring to be working all day, having a desk job, just so to pay for all the bills and needs.

What makes a tiring day satisfying is at the end of the day, someone is at home to welcome you.

Life is too short to hold grudges and waste time bickering. Quite ironic that this song would be prophetic. Harrison and Lennon’s dispute was never resolved as the latter was murdered.

Taken straight from Lennon’s troubled childhood, Strawberry Fields is a real place. Lennon wrote the song at the time when he was filled with self-doubt and the inability to connect with others. It’s a recollection song that can leave one to ponder on.

A song pertaining to Lennon’s life. Having an absentee father and losing his mother at a tender age, Lennon has his own verses of dealing with loss.

The lyrics are about people present in someone’s life. How they care for you and affect you, whether they stay or not. Truly hits an affectionate note.

McCartney wrote this song after he heard about the civil rights riot in America. The term “bird” is English slang for a girl or a young woman. McCartney pens that these young women now have the moment to be set free.

Straightforward and unadorned, it can still reach deep into one’s soul.

Lennon mentioned that he was going nowhere with this song, which worried McCartney. Though written in the third person point of view, McCartney points out that there are hints about Lennon’s isolation. At that time, he was in an unhappy marriage with his first wife, Cynthia.

John Lennon wasn’t a good husband and father. After his affair with Yoko Ono, his troubled marriage finally ended in divorce.

McCartney pitied little Julian who was only 5 years old. McCartney reached out to Cynthia and Julian, and Lennon’s ex-wife was touched by his empathy. The story behind “Hey Jude” highlighted how McCartney could encourage the little boy despite the sadness amidst his parents’ separation.

The lyrics of Let It Be was written by McCartney when the Beatles were falling apart. When McCartney wrote this song, Lennon was getting distracted by Ono and Epstein had just passed away. No one was going to hold the group together and their breakup was imminent.

Inspired by a dream he had where he saw his mother who passed away when he was just 14, McCartney drew wisdom from her words: “Let It Be”. It is much better moving on rather than staying in one place.