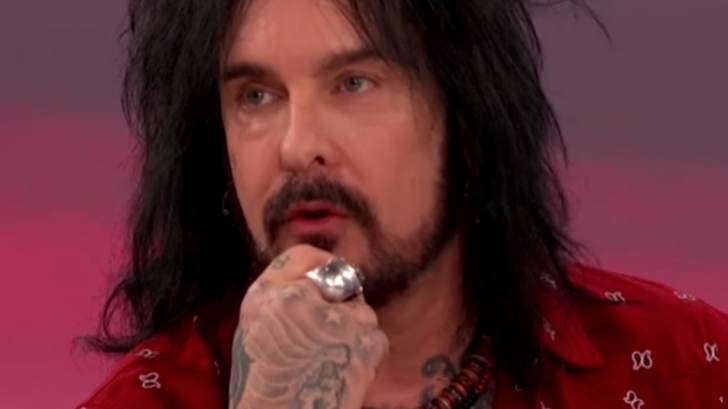 Nikki Sixx knew that The Dirt would be an intense film – but he never in a million years expected one aspect of it to surprise him the way it did.

Sixx, 60, has revealed that The Dirt’s scenes about his tumultuous relationship with his mother, Deana Richards. Richards, who died back in 2013 without ever reconciling with her son, was the source of one of Sixx’s biggest wounds; she left when he was six years old, unable to handle motherhood and left him on the front porch of their home for his grandparents to find.

“My most heartbreaking memory was when my mom called my grandparents and said, ‘Come pick him up,’” he revealed in an interview with the The Guardian. “I was six and she said, ‘I’m going to lock the door and I’ll just leave you in the porch. She couldn’t wait until my grandparents got there. She left with this guy in a truck. That broke me.”

Over the years, there would be traumatic and explosive attempts to reconnect and try to create a relationship where there was none. Sadly, Ms. Richards’ death in 2013 ended any chance of that and when he saw his childhood trauma played out on screen in The Dirt, Nikki found himself facing “a lot of pain” that he wasn’t expecting to come up.

In a new interview with Pollstar, Sixx shared that “The hard part of the film for me, which I didn’t expect, was seeing my relationship with my mother, who passed away a few years ago without us being able to resolve our issues. The movie brought up a lot of pain around that.”

Have a bitchen weekend!!!!

While his grandparents were always there for him and helped fill the void that comes with missing not one but both parents (Nikki’s father took off when he was three, further adding to the pain of his mother’s absence), Nikki also acknowledges that “there was always sort of a hole inside me because of abandonment, being abused by my stepfathers, an alcoholic mother, being shuffled from home to home, and we tried to focus on the ‘pretty drastic’ measures that I ended up taking to compensate.”

It’s a daily battle to find a way to reconcile with the past.

Therapy has helped, resulting in Nikki finally understanding that the events of his life and the choices he’s made are the result of being “a product of that upbringing,” and while he’s got everything a man could ever want – fame, fortune, a gorgeous wife and soon to be five beautiful children – he still struggles with the fact that at the end of the day, he and his mom were never able to find common ground and have a relationship – something that confuses him deeply to this day.

“I realized later on in therapy that I’m just a product of that upbringing. But me and my mom could never meet in the middle. It’s not something I’m proud of,” Sixx finishes. “I’m still confused about it.”

Keep up the good work, Nikki. It never gets easier, but you do make your peace with it.