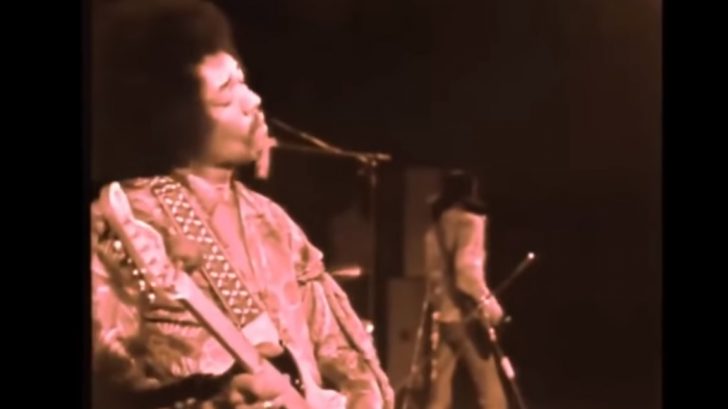 Jimi Hendrix passed away in 1970 after a relatively short career. However, his legacy and influence endured. His works continue to inspire generations of musicians and artists.

Hendrix’s performances would be considered a precious find considered he had just publicly performed for 4 years. One such find would be this footage recorded in 1969. A Swedish television station SVT has unearthed a well-preserved recording of one of Hendrix’s concerts. The record showed that Hendrix was performing in Konserthuset in Stockholm, Sweden.

It is such a rare and magnificent find indeed. This is probably one of Hendrix’s last performance recorded before passing away in the following year.

In this concert, Hendrix is accompanied by Noel Redding on the bass guitar and Mitch Mitchell on the drums. Hendrix is seen playing his instrument of choice, the electric guitar.  Before starting off, he dedicated the performance to the “American Deserters Society”, a group of American Armed Forces who abandoned their posts in order to avoid being deployed to war in Vietnam.

Hendrix starts the show with thundering riffs and skill. At the first part of the concert, Hendrix played Killing Floor. His rendition reminds everyone why he was called “The Guitar God”.

Like music, Hendrix plays with a natural flow, completely in-sync with his electric guitar. The harmony he creates may seem disorganized and chaotic, but there’s an obvious fluctuation in the tempo and intensity. Listeners will find this a unique style, invigorating, yet harmonious. Hendrix really knows how to captivate in his method of mixing music genres.

Check out the video right here: