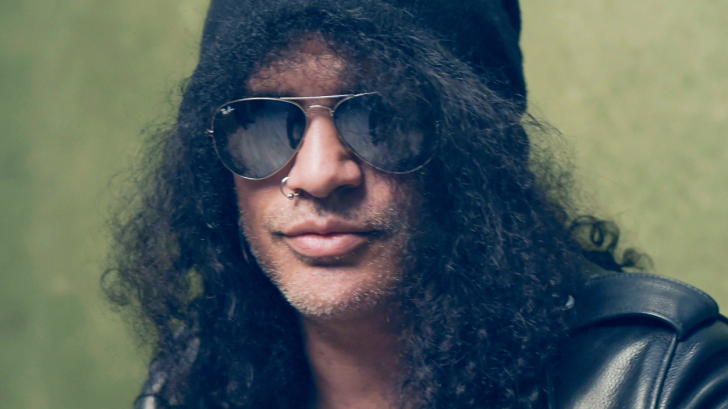 When Slash left Guns N’ Roses in the early 90s, the excess that followed him during his time in the biggest band in the world didn’t stop.

It hit the gas, taking the guitarist on a hellish ride through addiction that lasted well into the year 2005 as he struggled to find some sort of direction after leaving his marriage, his band, and the security that came with being under the watchful eye of Geffen Records.

“I’d left my band, I was getting divorced, I was going through all this s**t. I had record company issues. It was really classic rock’n’roll life – the bad side,” Slash explained in a recent interview with BelfastLive. “From 1985 up until 1994, I had been under the wing of [record company] Geffen, everything was great. When I left, I left all that security behind and went through all this crazy s—. And I drank myself through it, I did drugs through it and it was just like, textbook almost.”

When Velvet Revolver formed in 2002, Slash’s issues with substance abuse only worsened – something he says was “my own fault, but within that context it was easy to do,” referring to succumbing to the downside of the rock and roll lifestyle.

At his worst, Slash reveals that he got “completely strung out again” and was living in a hotel away from his two small children because he couldn’t be around them in his state. There was only one word for what he was at that time: miserable.

“I got completely strung out again and at that point I realized there was nothing about being strung out that reminded me of anything like when I first started doing drugs. It was pretty miserable.”

And then one day, it clicked.

Slash, realizing that addiction just wasn’t doing anything for him anymore, decided to stop. He went into rehab and “really embraced” the experience, thinking that the best way to purge his demons was to get away from them and everyone in his life for a little while. While in rehab, Slash came to a startling revelation: his substance abuse had nothing to do with being creative, but with needing something to do “in between stuff”.

“…when I was growing up and being around musicians that my parents knew, there were people who couldn’t imagine being sober because they thought that was the nucleus of their whole creative existence,” he began.

“When I got off it it didn’t really have anything to do with the creative for me, it was really extra-curricular activity to do in between stuff. So I definitely feel fortunate that I didn’t fall into a complete creative block because I wasn’t high.”

The work Slash put into both himself and his music paid off.

In 2015, a decade after entering rehab, he and Guns N’ Roses frontman Axl Rose managed to end one of the lengthiest feuds in rock after close to two decades. The four years since have seen Guns N’ Roses play a whopping 159 shows around the world for more than four million fans and earning the distinction of having the second highest grossing tour of all time, right behind U2’s 360 Tour.

Now, he’s getting those creative juices flowing for the next big adventure: his first Guns N’ Roses album in over two decades.

“To have the opportunity to go back with Guns and that being such an amazing experience and such a positive experience, at this point in time, right now, to be in these two bands is probably one of the best professional periods I’ve ever been in.”