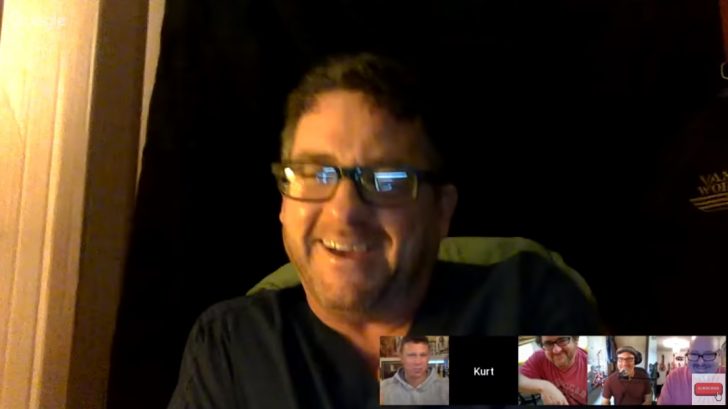 Lobster, filet mignon, cocaine, alcohol, beer shotguns, and groupies. No one can party like Van Halen in the ‘80s.

Kurt Jefferis, now 54, recalls his experience partying with Van Halen when he was 19 in 1984. Back in the ’80s, MTV was slowly gaining notoriety due to holding outlandish contests that had extraordinary rewards. Jefferis was one of the lucky individuals after winning Lost Weekend where the price was to party like a rockstar with the members of Van Halen.

Little did he know that it would turn out to be a wild adventure.

Jefferis is at first elated to find out that he will be spending the weekend with Van Halen. He and a friend were then flown from Phoenixville, Pa. to Detroit. There, Jefferis and his friend were greeted with a bottle of Jack Daniels and a rolled cannabis cigarette.

“I took a sip and asked for more,” recalls Jefferis. “I took a couple of hits and a couple of more swigs of Jack Daniels.”

Jefferis also had the once-in-a-lifetime opportunity to jam with the band on stage. He was introduced to the crowd as the proud winner of Lost Weekend. After that, he got smashed in the face with a cake before band members shower him with champagne.

After the show was over, Jefferis went backstage along with the band. That’s when the party was just about to get started. There, Jefferis was greeted with a buffet of filet mignon, lobster, and cocaine.

“I did a couple of lines. Then David [Lee Roth] said, ‘I think Kurt needs Tammy.’”

Tammy turned out to be a groupie. The woman then took off her clothes and proceeded to dance nude. Jefferis recalled that he and the woman ended up in the shower together.

Jefferis’ recollection got fuzzy after that, but he did recall that he woke up in the bed in his hotel room. The groupie was gone and he had a splitting headache. Jefferis actually suffered a brain trauma a couple of years prior to the event, which was the result of falling 13 feet over a stairwell. This may contribute to why he cannot handle this rock star-level of partying.

Apparently not. There was still another day of partying for Jefferis. Alex Van Halen told Jefferis to shotgun a beer, a 16-ounce beer. Jefferis, who was still suffering from a hangover, declined. The Van Halen drummer didn’t take ‘no’ for an answer.

“Alex said: ‘Kurt, you are not leaving this spot until you drink it.’”

Jefferis’ adventure finally came to an end. When he returned home, he was sore and deprived of sleep. Yet he was happy to go back to his day job at Gimbels.