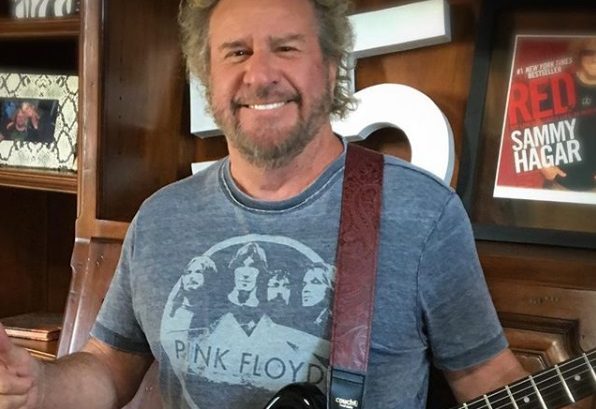 Also known as the Red Rocker, Sammy Hagar had been in varying scenes in the music industry. Now, at the twilight of his career that spanned nearly fifty years, Hagar has created his first studio album. It may also be his last.

In an interview with Forbes magazine, the former Van Halen frontman discusses his debut album, Space Between. Hagar has also voiced his obvious disappointment in this generation where it has become quite challenging to make albums marketable. It is also getting difficult to assure fans that they will get the entire album. Creating music with The Circle has become important even though they have had high expectations previously.

Hagar also mentions the inspirations behind the debut album. He mentioned Band on the Run by Paul McCartney and Dark Side of the Moon and The Wall, concept albums both by Pink Floyd.

Hagar gives a brief description of a character that undergoes changes with each chapter of the story. The story reveals more with each song.

“This is a story about a long philosophy – it’s about money, greed, enlightenment, and truth. It’s about the misconception that money is the root of all evil. And what can happen to someone when they get caught up in greed but then have an enlightenment and come around to the truth: the truth of the matter is that greed is the problem.”

Hagar had experienced different ends of life to help him write the concept of Space Between. He notes the relevance of how greed has greatly influenced society as a whole. Hagar expresses the message in his album as something that reflects the situation of modern life.

“I just wrote the chapters one at a time. I feel like I have accomplished one of the biggest tasks I’ve ever bitten off in my life. There’s too much greed out there, man. I think the world needs to hear this right now.”