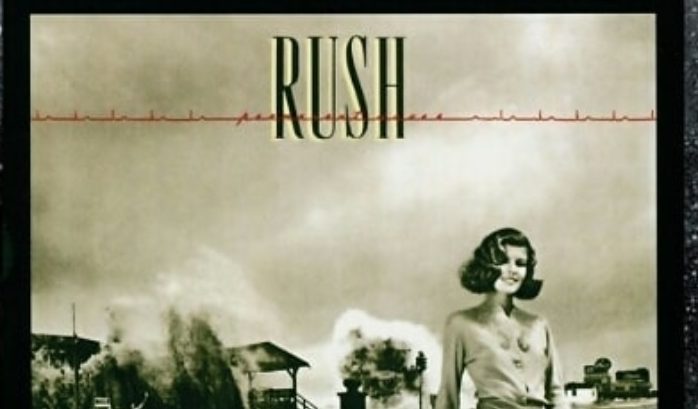 Rush didn’t have it well with rock music journalists ever since the release of their 1974 debut album. However, with  “Permanent Waves,” Rush bounced back at their critics. The band took a different approach.

“Permanent Waves” is Rush’s most successful album. It received a wealth of positive feedback from both critics and fans alike, ranking #3 in the UK and Canada while #4 in the US. The Recording Industry Association of America then certified the album as platinum.

The album would be the great big leap Rush needs to make their presence known in the world of rock music. Each track boasts with profound meanings accompanied with brilliant instrumentation. “Permanent Waves” is acknowledged as a hard rock classic with a list of songs that leaves Rush fans wanting more.

Read on to see the ranking of “Permanent Waves” tracklist:

Rush definitely keep things profound with their 9-minute long track “Natural Science”. With complex and profound songwriting about mankind forgetting nature in the midst of technology, its meaning is intensified by crafty instrumentation. The three subsections of the song each have its own, with a unique style to express the meaning behind the lyrics.

With a sound of waves, it has that serene effect after minutes of thundering riffs and beats. A unique way to close a song about mankind’s relationship to mother earth.

“Entre Nous” is French for “Between Us”. The song’s title may have been inspired from two sources. Entre Nous is actually the title of a European magazine that focuses on reproductive and sexual health. Another inspiration of the title would be from Ayn Rand’s 1943 novel The Fountainhead where the phrase is mentioned several times.

Rush approaches this song in a unique way. A song that speaks of relationships, it’s not too passionate, yet it expresses the possibilities of how a couples’ bond will grow. It has that right mix of crispness and tenderness on love.

The track has the most challenging drum segment. Referenced from the Bible’s Old Testament in Genesis 28: 10-22, where Jacob dreamt of a stairway that led to Heaven.

In the April 1980 issue of Sounds magazine, drummer Neil Peart describes the song:

“Whereas most of the ideas we were dealing with this time were on the lesser side, and in some cases, like ‘Jacob’s Ladder’, looked at as a cinematic idea. We created all the music first to summon up an image – the effect of Jacob’s Ladder – and paint the picture, with the lyrics added, just as a sort of little detail, later to make it more descriptive.”

“Jacob’s Ladder” mixes heavy metal with New Age. The steel drums give that ominous feeling of an unstoppable force. One of Rush’s tracks that has mystique and depth.

A track with superb lines accompanied by a moderate rhythm. It also exhibits Lee’s skill as a songwriter. “Different Strings” is an engaging track to listen to.

A song that speaks of kindness and choosing the right words. The meaning behind it is intensified by the slow instrumentation. It’s a brilliant easy-listening song that can be put on repeat.

2. Spirit of the Radio

This track features an exquisite reggae style in the closing section. It has a sensational guitar riff that is unusual from Rush. Lifeson’s playing sounded like he was utilizing the hammer-on technique. He was actually picking the strings rapidly.

“Spirit of the Radio” is an extraordinary track and is condensed enough to be aired on the radio. This increased Rush’s music to be heard by more audience.

The songwriting of the track makes it a philosophically aesthetic that is centered on having free will.

In this track, Lifeson executes a difficult, fiery guitar solo. It’s best described as exciting and frenzied and Lifeson describes it as “one of the most ambitious pieces of music Rush has ever done”. His guitar synergizes perfectly with Lee and Peart’s playing.

Lee sings with high-pitched vocals which is a complete change of style of Rush’s early works.