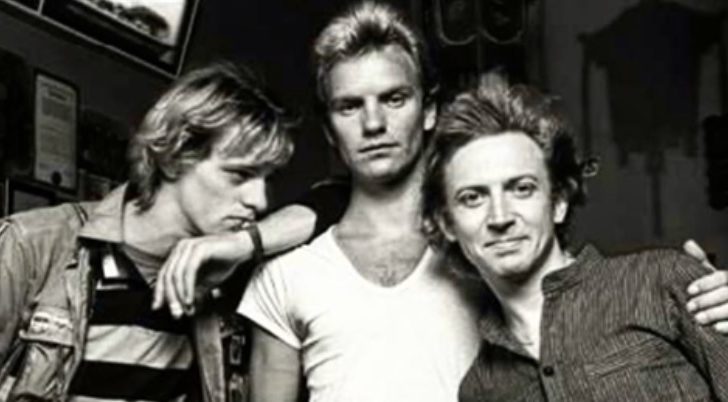 Considered as one of the biggest rock bands of all time, The Police had created the best songs that have not lost its luster over the decades. They were a rock band that mixed different genres, making them resistant to labels. Their works have a mixed influence of pop, rock, and jazz, and even reggae. This gave Police a unique style when the punk genre dominated the mainstream in their time.

The Police weren’t afraid to get experimental with their music. They mixed the harmony of jazz with the intensity of pop and rock. This style made them distinct during the late ’70s and ’80s. The band had produced 5 studio albums, each exhibiting the Police’s penchant to explore musical genres.

Read on to see the rankings of their 5 albums, from great to superb:

Facing pressure from their record company, the Police released “Zenyatta Mondatta” in October 1980. This was their third album and was recorded in a matter of 3 weeks. Despite that, the track “Don’t Stand So Close To Me” took the No. 1 spot in the UK, making it the band’s third single to attain that spot and also the best selling single in 1980. The track “De Do Do Do, De Da Da Da” was an international success and took the top 10 place in the US.

The debut album topped the No. 6 spot in the UK and No. 23 in the US. Quite a feat to have accomplished when the Police didn’t even have a deal record label, a manager, or even the right budget to produce the album. All they had was £1,500 lent by a reluctant Miles Copeland, Stewart Copeland’s brother. Still, singles like “Roxanne”, “So Lonely, and “Can’t Stand Losing You” have received accolades and recognition.

Topping the UK charts instantly on its release in 1974, Police scores another success with “Regatta de Blanc”. It sounds a bit like their debut album, but now the band has grown in songwriting and confidence. One such distinct feature of the album is the band taking on a more reggae melody, as such by the title which is pseudo-French for white reggae.

“Regatta de Blanc” contains singles such as “Walking on the Moon” which took the No. 1 spot in their native UK. “Message in the Bottle” also shared the No. 1 place, while taking the No. 2 spot in Canada, and No. 5 in Australia. Though “Regatta de Blanc” didn’t get the get into the US Top 40, it still managed to get the 25th place in the Billboard 200.

2. Ghost in the Machine

The Police’s 4th studio album and released in October 1981, it had shown a bit of contrast to its predecessors. The album started to experiment on a different style, lessening its reggae and rock trademark and started delving into the pop genre. Their tracks have more complexity and depth. “Ghost in the Machine” shows the growth of the band.

Examples of Police’s musical growth were “Every Little Thing She Does Is Magic” which landed in the 4the place in the UK charts, while 3rd place in the US. There’s also hit singles such as “Spirits in the Material World”, “Secret Journey”, and “Invisible Sun” which have taken spots in numerous charts both in the UK, US, and overseas.

Released in 1983, this album is probably the best in Police’s discography. The fifth and the last studio album of the band, it starts to feature their genre-less music. They have lessened the trademark of reggae, putting more of pop rock and New Age characteristics.

Examples of Police’s ingenuity in their music were tracks like “Synchronicity II”, “Wrapped Around Your Finger”, “King of Pain”, and finally, the most controversial and popular of all — “Every Breath You Take”

With “Every Breath You Take” hit, the band’s only No. 1 single, Police condensed their subtle deviance in a 4-minute song.  This single has since garnered accolades and a place in Rolling Stone’s 500 Greatest Songs of All Time. The track spawned controversy and interest among fans which was widely misinterpreted as a love song when it’s actually the point of view of a stalker towards their targeted victim. Truly devious.