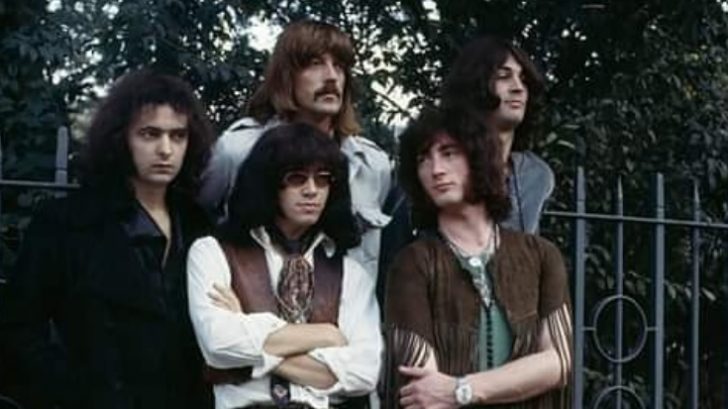 Considered as one of the bands who had laid the groundwork for contemporary hard rock and heavy metal, Deep Purple has withstood tremendous changes. Over the years, the band has changed from their band member line-up to their approach to music. Deep Purple is one of the legends that has influenced countless metal and rock bands.

Deep Purple once held the title in 1975 edition of Guinness Book of World Records as “the loudest band in the world”. The band has produced a variety of music in their transition from progressive rock to heavy metal.

Check out this list of the best tracks in every Deep Purple’s studio album:

Though fans claim that Abandon wasn’t one of Deep Purple’s best albums, it still has some good moments. “Any Fule Kno That” is a fearless exploration of fusing rap and rock. Some Deep Purple fans may say that this song isn’t the best out of the band, but its riffs are still worth listening to.

Though the album sported a less-than-flattering cover, the music is anything but. “House of Pain” puts listeners into the mood to jam along with the music. This track is a hardcore standout rock music.

Kicking off a recent hit, Deep Purple explores the country rock genre. Making their own rendition of The Doors’ “Roadhouse Blues” that is equally delightful to the original. The band delivers a blues-rock track that’s simply fun to jam along.

A great reunion for the band, “Perfect Strangers” was welcomed with positive reviews by fans. Back with the signature musical skills of Blackmore, Gillan, and Glover, the band’s magic is still all in one piece.

An infusion of funk and rock music. A mild blend that makes this track one of Deep Purple’s best hits.

True to its song title, “Burn” has some blistering guitar riffs courtesy of Ritchie Blackmore. Along with John Lord’s organ playing makes this track a solid heavy metal treat.

Ever since the ’60s, Deep Purple has made sensational rock music. Decades later, they still do. “Vincent Price” mixes progressive and hard rock with the classic horror films, it’s one track hit that indulges listeners to the magic of Deep Purple.

A magnificent rock ballad. Sublime riffs and drum beats combined with effortless songwriting, this track has that solid tune.

Steve Morse dominates the guitar in this hit. Boasting with melody and exquisite electric guitar solos, this is one song that is unforgettable.

A pop song wrapped with straightforward guitar-riffs that’s a signature look in the rock and roll setting. “Woman From Tokyo” is without a doubt a classic track filled with dynamic rhythms.

Coming out with a unique take, this track has a dynamic vibe to it. With brilliant guitar chords and distinguished hard played drums at the beginning, “Time to Kill” emphasizes the Deep Purple’s heavy metal and hard rock attributes.

A catchy hard rock piece. “Call of the Wild” gets the vibe of spirit and enthusiasm of the band.

Ian Paice, one of the greatest drummer in rock and roll, takes the scene in this track. “Fireball” packs a punch with Paice’s drumming. It has that uncontrollable rock and rock drive that’s truly exceptional, it’s guaranteed to leave anyone enjoying hanging at the edge of their seat and enjoying the ride.

Deep Purple get experimental with their music but never forgetting their rock and roll origins. It starts off with a wistful tune at the start but soon progresses to their trademark hard rock beat. It’s a dynamic track that can easily get anyone in tune with its lyrics and rhythm.

An enchanting piece of Donovan. Deep Purple have their own take on this lovely song. It’s mellow and moderate tempo shows that Deep Purple can go from hard rock to soft and gentle.

Deep Purple’s take on the Beatles hit “We Can Work It Out”. It has an astonishing composition and also features the best of Ritchie Blackmore’s skill and talent on the electric guitar.

An intro that’s so funky, you can’t help but rock along to its beat. It’s a true classic rock with a mix of funk and soul. As soon as the track starts, listeners can feel the fun in the music.

Protest can come in all forms and Deep Purple made theirs in a 10-minute song. It has one of the most haunting guitar solos there is and the keyboard play style gives a mysterious allure.

Energized and all pumped out to rock, “Highway Star” has the most impressive guitar solos there is. This masterpiece is the best rock and roll drive song there is.