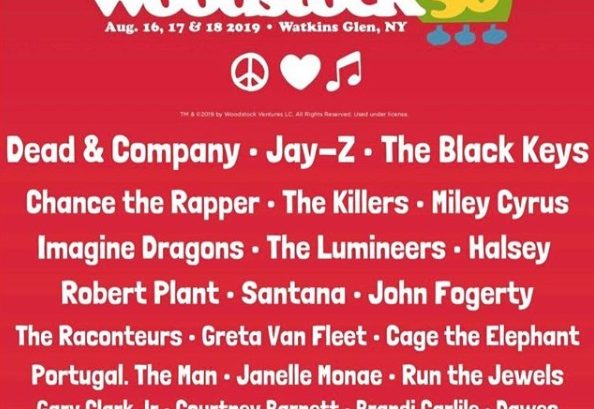 In recent events, more news has begun to unfold regarding the future of Woodstock 50.

According to their insider contacts of the situation, TMZ reports that there is a great decline in the anticipated space for the venue. This led to investors pulling out their financial support for the annual music festival where artists like Halsey, Jay-Z, and Miley Cyrus are set to perform.

Amplifi Live invests on the music festival through the Dentsu Aegis Network (DAN). This time, however, they dropped their support after Woodstock’s number was cut. From the expected 150,000 peak crowd number was cut down to a paltry 75, 000. This large reduction was due to Watkins Glen city officials’ need for a large portion of land “needed to be used as campgrounds to accommodate concertgoers.”

Ampli expected a 100,000 minimum count, but due to this radical reduction, the company decided to withdraw completely. That doesn’t stop there: the organizers have not received any replies from NY’s State Department of Health regarding the mass gathering permit that was already submitted on April 15. This may or may not have anything to do with the delayed ticket sale.

These are the new details that have currently come into light after the headlines last April 29 announced that the highly-anticipated music event would be held in New York. The Woodstock event was announced to take place on August 16-18, but there has been news about it being revoked this year. However, rumors of the cancellation of the event were denied by the festival organizers.

In Poughkeepsie Journal, the organizers issue a statement: “Woodstock 50 vehemently denies the festival’s cancellation and legal remedy will (be) sought.”

Reports follow that DAN stated to Billboard that “despite our tremendous investment of time, effort, and commitment, we don’t believe the production of the festival can be executed as an event worthy of the Woodstock Brand name while also ensuring the health and safety of the artists, partners, and attendees.”

Despite these circumstances, the event organizers are still holding onto hope to acquire and secure another investor.

In an interview with TMZ, Michael Lang, the founder of Woodstock, shared a statement:

“Woodstock 50 is proceeding with the planning and production of the festival. Dentsu has no legal right or ability to cancel it. All stakeholders, including entertainers, should proceed with the understanding that the event will take place as planned and if they have any questions, they should reach out directly.”