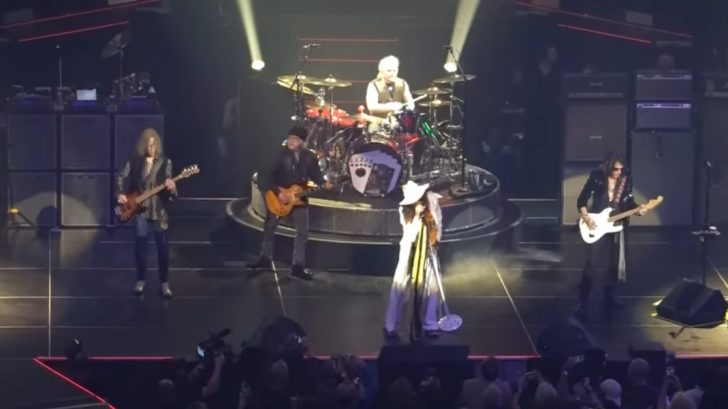 Legendary rock band Aerosmith has been performing for the past 50 years and now they are looking for a whole new experience.

Joe Perry, the band’s guitarist, commented that’s the reason to why the band decided to park their tour buses in Las Vegas for the most part of 2019. This leaves fans to wonder as to why the band didn’t go on a full-scale tour to celebrate their milestone anniversary. The answer: so the band could build the flawless Aerosmith show.

In a current interview with Billboard, Perry reveals that the outlook of the “Deuces Are Wild” residency at the Park Theater at the Park MGM has been strongly considered by the band for quite some time.

“…[F]inally, it got to a point where we didn’t feel like doing another album, and we wanted to do something different. This seemed like the natural thing. We went down the short list of ‘what do you do?’ We’ve played Europe, we’ve played the far east; it just seemed like a really cool thing.

With that in their minds, the band started constructing a show that had all the standards of a Vegas production, with a blend of the authenticity and substance of Aerosmith.

Aerosmith will not be doing their usual tour of this year. They will instead take “Deuces Are Wild” onto several east coast MGM properties. This will be done in August.

Perry comments that it is still unsure whether the whole of the Vegas show will make it east. Even so, fans will surely be delighted on this whole new Aerosmith concert experience.

“The next leg I know we’ll be switching it up, bringing more of the old album cuts we get requests for all the time,” said the guitar great, addressing Aerosmith’s Vegas setlist. The band has plans to mix it all up during its tenure.