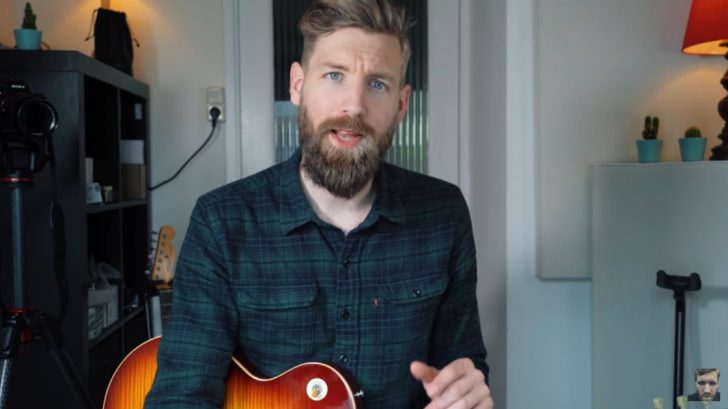 There are only a few bands that can produce the same riff-like AC/DC can. One of their popular tracks, “Highway to Hell” remains an all-time fan favorite. Its riffs are just one of the reasons why fans love AC/DC.

Meet Paul Davids. A teacher, guitar player, producer, and music enthusiast living in the Netherlands. In this video, he shows us how most people play “Highway to Hell” erroneously. Thankfully, Davids will show what fans are getting wrong and how to play it properly.

Davids shows the viewers that most people get the rhythm or the groove wrong when they play the song. Taking some examples of fans playing the song, he takes their rhythm analyzes them. He shows examples on puts them in a program to show the errors in the rhythm.

Davids comments that most musicians who play “Highway to Hell” forget the rhythm and the groove. Apparently, most of the fans who play the riff get the tempo wrong. They are either play a slower or faster than the actual rhythm of the song.

The Dutch guitar teacher advised that to move the body along with the rhythm. He sets how Angus Young would play the wong. In a short clip, although the guitar riff was done in an acapella version, it shows how Young would move along to the rhythm.

Davids also expands his explanation on the song, covering the topic of syncopation. Syncopation includes a number of rhythms that are interrupted from the regular flow. David claims that syncopation rhythm can play tricks on the mind.

Davids explains that the best way to play “Highway to Hell” well is to count mentally and internalize the timing and feel the groove. He also comments that some guitarists are too dependent on someone else, like the drummer or the bassist, to play the correct tempo. This is a bad practice since the guitarist isn’t developing their sense of timing.

So to all musicians out there, may it be on rock, pop, or classical, it’s important to develop timing.