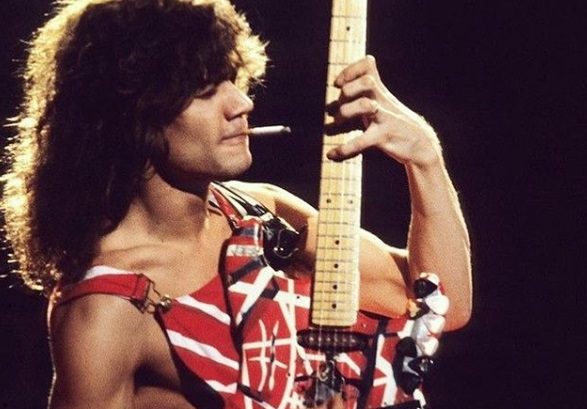 The guitar is one of the basic ensembles in rock and roll music. The 70s brought in legions of unforgettable classic rock songs, with some composed with fantastic guitar solos.

Let’s take a look at the top 10 solos that dominated the decade:

Everyone knows Sweet Child O Mine. The guitar solo in the song gave it an identity, a face. Its solo described as hysterical but at the same time sober. It doesn’t pull anyone out of their seat to jump up and down but gives them that mellow emotion to enjoy an oddly soothing vibe of hard rock.

With Let There Be Rock, Angus Young’s playing really set things on fire — literally. While they were recording for the song in 1977, the amp caught fire. Years later, the song’s guitar solo still makes speakers smoke.

Holding true to their hard rock essence, Angus Young makes the electric guitar an extension of that element.

Blackmore puts it simply the purpose of the song: “I wanted it to be one of those songs you would listen to while speeding.”

Highway Star serves as a standard of what heavy metal rock should be. The guitar solo has that wild, overflowing energy that fills listeners with energy to take this music to the highway.

Just as the song’s title, the guitar solo in this Van Halen masterpiece erupts right into the ears of listeners. It’s loud, extravagant, and aggressive. It doesn’t waste any time plunging listeners to the depths of rock and roll.

Eddie Van Halen takes listeners to space with this rare gem of a guitar solo.

Brian May once said: “It was a conscious attempt to create a certain type of bell-like effect I heard in Mantovani’s music.”

May goes for an evocative start. It has a dazzling composition. Like May’s playing was meant to seduce the listeners. As Mercury calls it “Fastidious and precise.”

Allen Collins gives listeners the most American thing ever — his solo in Free Bird. It gives that pumping energy that is truly unforgettable. Fans of rock and roll will never be disappointed by this invigorating guitar solo.

Comfortably Numb has two guitar solos that have that escalating drama. Considered as Gilmour’s shining moment, this track oozes with emotion. It’s emotional and melodic. Its music is enough to make hearts race.

Hendrix’s adaptation of Dylan’s original is the stuff worth listening to all day on repeat. Hendrix’s playing at the opening of the song is intense but refined. His fingers work on the guitar to give that vibrato tone and that wah-wah magic he is famous for.

Listening pleasure increases as he picks up the line ‘as the wind begin to howl’. He combines it with another intense solo. Hendrix’s playing was a force of nature that should be reckoned with.

Considered as the band’s most well-known hits of the band. The guitar solo is lengthy, but it doesn’t bore the listener.

Nuno Bettencourt of Extreme praises Felder and Walsh playing as “one of the most tasty, incredible, melodic solos, and it also has fantastic tone. It’s an emotional one as well.”

Led Zeppelin’s Stairway To Heaven English folk music with Jimmy Page’s energized electric guitar solo. The intricate guitar solo is considered as one of the greatest in rock and roll history.

Page combines the music of the Renaissance and hard rock and incorporates it to the song effortlessly. The solo becomes climatic and intricate, flawlessly blending these two genres. It shows the ability of Page’s skill as a guitarist: effortless but precise.

Stairway To Heaven guitar solo has that flurry of notes that has since gone down in history as the base of modern guitar rock playing.