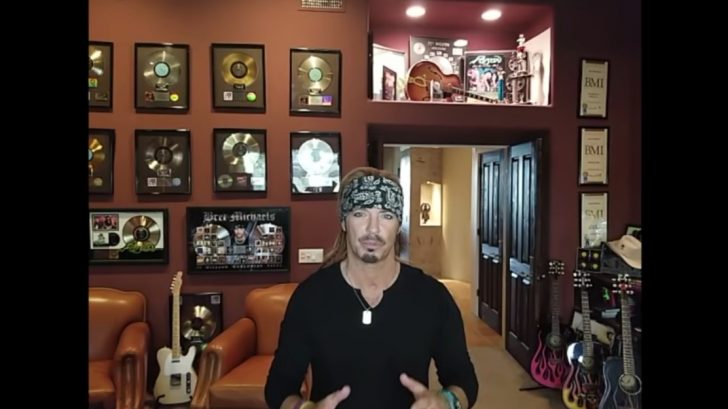 Bret Michaels has just recently released a new video in his YouTube channel. It’s a video of his new song “Unbroken” which he and his youngest daughter, Jorja wrote together.

In an interview with Digital Journal, Michaels expresses his delight over his 13-year old daughter and said that she did an “amazing job.”

“She played piano on it and she sang harmonies with me. It was a great bonding experience.”

The video starts off with Michaels thanking fans for checking out the video. He gives a small background on what the song was all about, saying that the song “is all about triumph over tragedy…about mental and physical strength over adversity” and “being stronger than our storm.”

Michaels also mentions his struggle with diabetes. He hopes “Unbroken” would also inspire others who are experiencing the same troubles or challenges. Michaels mentioned in his intro that he hopes that it will make viewers “empower you and make you feel awesome.”

As for Poison’s activities, drummer Rikki Rockett mentioned last month that the band will apparently not be in the public radar in 2019. Though he expresses the hope that they will be back on the next.

“I still love doing it, absolutely,” said Rockett. “[But] I’d like to do new stuff because I like that change. I like trying to convert people….I don’t like to just sit and relax — that’s not me — so hopefully we’ll do some new stuff… play for some new audiences, older audiences too. That’s my goal.”

Just last 2018, Michaels mentions that he found it so much easier to compose songs about heartache rather than cheerful songs that usually comprises most of Poison’s tracklist.

“The toughest songs to write is a good-time party songs.” confessed Michaels.

Though “Unbroken” isn’t about heartbreak or tragedy, Michaels composed an uplifting track. It’s a great song to listen to feel encouraged and stay strong.

Check out the video here: