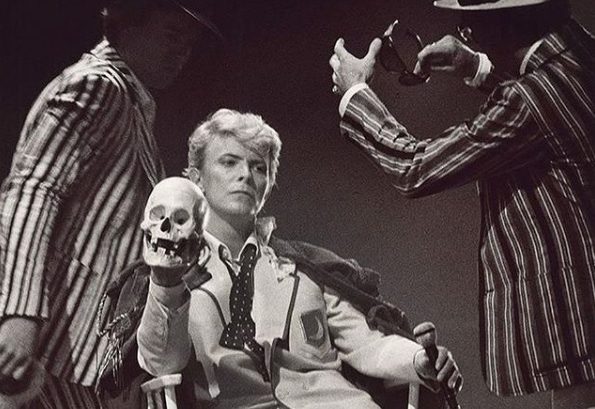 David Bowie always had his own style. Photo Credits: Instagram /

David Bowie was an English singer/songwriter that’s considered one of the most influential musicians of all time. His career was marked with innovation and a new level of visual presentation in music. Bowie was one of a kind and to have lost him, the world had lost a treasure.

David Bowie’s career starts off with his self-titled album David Bowie (1967). This album was released two years before gaining popularity with Space Oddity. Bowie shot to stardom at height of hippie era. He was a star that shone differently from titan band so the music industry like The Beatles.

Bowie’s debut album holds some interesting clips of three tracks that were recorded. These tracks were later rejected only to be released ahead of the reel-to-reel tape that will be auctioned in the UK sometime this month.

“Funny Smile”, “Pussy Cat”, and “Bunny Thing” tracks were released in 1966 and 1967. “Did You Ever Have a Dream” was also released alongside those songs. It made an appearance in the 1981 compilation album, Another Face.

Paul Kinder, a David Bowie expert, explained to the Guardian that “Bunny Thing” was actually a “beat poem about rabbits smuggling drugs, complete, with in-character reminiscences of an aged German bunny.”

As for “Funny Smile”, Kinder described it as “a very solid and catch R&B number”. In “Pussy Cat”, Bowie had this “totally weird music hall mockney accent.”

Kinder also notes that: “For Bowie fans, these tracks represent part of the holy grail of unreleased recordings.”

David Bowie was released on June 1, 1967. It bore little similarities to the era’s pop music or to the singles that were released before and after the LP. It was different as it showed a collection of songs that have a music-hall flair that has a strong theatrical direction.

Bowie spent much of his career pretending his debut album never existed. Later, he admitted: “I haven’t much to say about that in its favor. Musically, it’s quite bizarre. I didn’t know where I was at.”

The demo tapes will be on sale on May 21 and will be conducted by Omega Auctions. The rejected demos are described as “boxed reel of 1/4” Ampex recording tape. The tape includes 4 tracks which were recorded by Bowie himself in 1967. He recorded them at Decca Studio 2, located in West Hampstead, London.

In Omega Auctions’ website, Bowie’s auctioned item will also have a digital copy of the rare recordings. There’s also an additional note on the artifact which read as follows:

“Please note that this item is sold as an artifact only and no copyright(s) are included with this sale.”