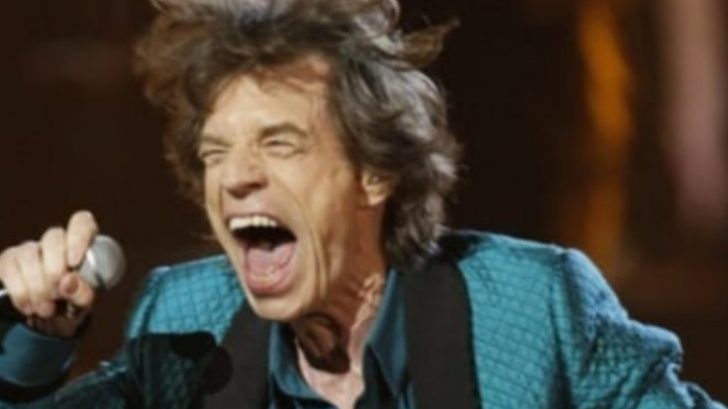 The Rolling Stones are one of the most recognized brands in the world. As the frontman of this legendary band, Mick Jagger has been on the top tier in the music industry. Jagger has strutted his way throughout the decades with style.

Along with success, there is always the presence of bumps and rough roads….and even absurd rumors and stories. This isn’t apparently new for rock stars as stellar as Mick Jagger. After all, this is a reflection of the chaos worldwide fame can bring.

Let’s check out some of the wildest stories about The Rolling Stones frontman:

1. He Continued Performing While A Concert Goer Was Stabbed

The 1969 Altamont Speedway Free Festival in northern California became known for its violence. Though the festival was meant to be a “Woodstock of the West”, it turned far from it.

Things were already grim by the time it was The Rolling Stones’ turn to perform. The crowd has already erupted in violence. By the moment the band departed from their helicopter ride, a fan instantly hit Mick Jagger in the face.

Jagger attempted to keep the show going, partially out of fear what would happen if they stop.

The security team assigned, The Hells Angels motorcycle club had to subdue 18-year-old Meredith Hunter. Evidence shows that Hunter, also high in drugs, had a revolver and pointed it at the air. The security team sprung into action and in the scuffle, stabbed Hunter to death. The young man died mere feet from where The Rolling Stones were performing.

2. He Quit Using Heroin To Win The Affection Of Jerry Hall

Jerry Hall was in a relationship with the Rolling Stones frontman for 23 years. Quite a feat for a man who is widely known to be outrageously promiscuous. The couple had four children together but soon separated in 1991. Unsurprisingly, the reason for the split was Jagger had impregnated Brazilian model Luciana Gimenez.

What is surprising is how Hall and Jagger’s relationship started. It proved healthy for the rockstar too. Hall was actually engaged to another rockstar Bryan Ferry when Jagger sought after her affections. He revealed to her that he took LSD daily for an entire year. This apparently disgusted Hall and told him she wouldn’t speak to him until he quit.

Jagger apparently went cold turkey and impressed Hall which then led the two to remain together for over two decades.

Being a rockstar meant that hordes of women would be attracted to you. It’s not a surprise if a rockstar would sleep around with numerous women.

But probably sleeping with over 4,000 women is. Both unknown and famous women alike. And that’s just what biographer Christopher Andersen claims.

4. He Also Slept With David Bowie

In an unauthorized biography called Mick: the Wild Life and Mad Genius of Jagger written by Christopher Andersen, he claims that Angie Bowie, wife of David Bowie at that time, caught the two men in bed together.

And what was Mrs. Bowie’s response?

“Do you want some coffee?” She then returned with some coffee and orange juice.

According to Andersen, Bowie and Jagger’s physical affair wasn’t hidden from friends and family.

“Ava Cherry, a backup singer who lived with the Bowies for a time, reportedly told a friend that ‘Mick and David were really sexually obsessed with each other. Even though was in bed with them many times, I ended up just watching them have sex.’”

5. He Attempted To Hook Up With Geraldo Rivera

But it did. In the summer of 1972, when Rivera hosted a party in his apartment in Manhattan. Mick Jagger and a friend, Rudolf Nureyev were part of the guest list.

According to Rivera, the story goes as follows: when the host went to the kitchen to get some drinks, Jagger and Nureyev followed him. The duo then crept up behind and sandwiched him. Jagger then suggested they were going to “break him in.”

Rivera managed to get away from the two. In the present day of his career, Rivera has made quite a number of homophobic comments to suggest that that incident had made him immensely uncomfortable.

6. He Purchased A Multi-Million Mansion When He Was High

Some people do stupid things when they are high on drugs. Mick Jagger purchased a mansion. Crazy, yes?

Built in the mid-1800s, Stargroves is a large estate located in Hampshire, England. It has 850 acres of land which was bought by Jagger in the 1970s…while he was high on LSD.

According to a manuscript written by John Blake and believed to be Jagger’s memoirs, the story goes that when touring the Stargrove property, Jagger was high on acid. In a drug-induced stupor, he purchased the property from Sir Henry Carden. Deciding to make the most of it, he climbed on a horse. And he never rode one before. The horse reared and rode off “like a Ferrari”, but the frontman managed to calm it down.

7. He Left Angelina Jolie To Have A One-Night Stand With Farrah Fawcett

Angelina Jolie may be one of the most famous and desired female actresses in the world. That’s also what Mick Jagger thought too.

When Angelina Jolie was only 23-years-old, she made an appearance in the Rolling Stones’ video “Anyone Seen My Baby?” When the shoot finished, Jolie caught the eye of the frontman. He asked her out but it took weeks before she finally agreed.

In Mick: The Wild Life and Mad Genius of Jagger, writer Christopher Anderson claims that Jagger pulled a blatant move on the actress while they were out on a date. While the couple was out on a date, Jagger reportedly left Jolie to meet up with another actress, Farrah Fawcett, for a one-night stand.

A renowned playboy, Jagger doesn’t take it lightly when someone insults his….manhood.

Take for example with his squabble with Keith Richards. Richards, who made a remark in Life, his 2010 autobiography, claimed that Jagger had a short mic stand. Let your imagination run wild for that one.

“Marianne Faithfull had no fun with his tiny todger. I know he’s got an enormous pair of balls, but it doesn’t quite fill the gap.” Richards wrote in his autobiography.

This eventually made Jagger furious and demanded Richards to apologize or else the Rolling Stones will not be touring ever again. Fortunately, the two reconciled. They then started their 2012 50 & Counting tour.

9. His Drug Dealer Was An Undercover Canadian Actor Assigned To Arrest Him

When the police barged into Keith Richards’ West Sussex home in 1967, they uncovered paltry amounts of LSD, cannabis, and heroin. Richards was hosting a small party when the authorities barged in. Richards and Jagger were apprehended.

Though the illicit substances confiscated were in minuscule, the government wanted the rockstars to do jail time.

It was a media sensation, but Jagger only spent three nights in prison and none was really made out of the case. How did the authorities find this out? Well, it came to light that Jagger’s friend and also his dealer David “The Acid King” Sniderman worked for the government.

The Canadian actor was hired by the authorities to take down the band since they are seen as a threat.

Mick Jagger, the icon of the 60’s counterculture, a nonconformist, and a rebel….is actually a conservative.

The rock and roll legend admits that:

“I am a conservative with a small c. It is possible to be conservative in fiscal policy and tolerant on moral issues or quests of freedom of expression.”

Jagger was knighted in 2002. Back in the ‘80s, he spent some time with British Prime Minister Margaret Thatcher. The conservative Thatcher apparently impressed the wild rock star and mentioned that she “didn’t change for anyone.”