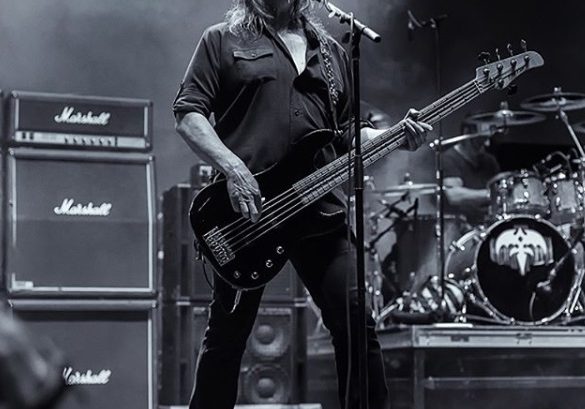 The bass guitar: It is important to the overall sound of the band. Photo Credits: Instagram / ainttellinphoto

The bass is sometimes an underrated instrument in a band. Most people think that it’s the guitar who carries the song. The bass is a versatile instrument that helps carries the tune of some of the most iconic songs.

Music in the 80s was facing changes. Rock music was starting to get wider and its audience grew. The genre started to be characterized by pinch harmonics and heavy distortions. The bass guitar has experienced a new role but it was still under-appreciated.

Some of these talented bassists are sometimes faceless to the audience but some are recognized more for their singing or songwriting abilities rather than their skill on the bass.

Let’s take a look at some of the greatest bassists of the 80’s era.

Influencing the new wave in the 1980s, Taylor has provided the best basslines to the band’s songs. Duran Duran’s early works have greatly featured Taylor’s bass playing. The bassist’s playing became the prototype of the funk and disco songs.

Bands are like a team that compliments each member. Jackson’s bass rhythms harmonize with Rockenfield’s drumming beats. Queensryche has made leaps in progressive metal rock and Jackson’s inputs are valuable and irreplaceable.

Having started in the ’70s, Queen still stretched their music to the 80s. John Deacon has made an immense contribution to enduring Queen tracks. Apart from songwriting, Deacon’s bass lines are simple and bare, but catchy and unforgettable. Examples of Deacon’s skills are strongly present in “Under Pressure” and “Another One Bites The Dust.”

In the era of punk, Watt gave the bass a new model to follow. Thanks to Watt, the bass emerged as an important instrument rather than a muffled noise in the background of the song. His creativity with the bass allowed him to experiment with genres such as swamp rock and funk. The album that showed this kind of creativity is “Double Nickels on the Dime.”

Watt didn’t just give the bass guitar a new purpose in the 80s, he redefined the punk genre to more than just leather jackets and aggressive riffs — it was all about artistic freedom and nonconformity.