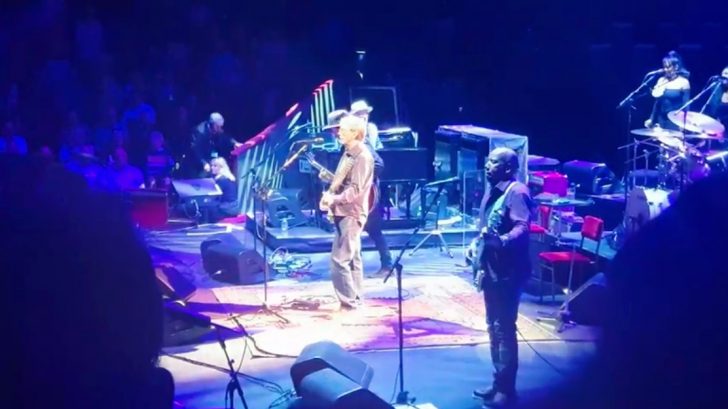 English guitarist Eric Clapton made a smashing performance in honor to two icons, Prince and Doris Day at the Royal Albert Hall in London on May 13.

Clapton and his band first began with their own cover version of “Que Sera Sera”. Clearly a tribute to late actress Doris Day. Day had just recently passed away after contracting pneumonia. She was 97 years old and had passed away earlier on the date of Clapton’s performance.

The crowd shrieked in excitement the moment they heard it. It’s not a surprise that Clapton was a fan of Prince. The English guitarist would sometimes praise Prince on multiple instances and would even compare him to Jimi Hendrix.

Prince passed away last 2016. Clapton expressed that when he found out about the musician’s death, it was hard for him to accept the loss. He wrote a moving tribute to Prince in his official Facebook page to express his grief.

Clapton wrote: “I’m so sad about the death of Prince. He was a true genius, and a huge inspiration for me, in a real way… In the eighties, I was out on the road in a massive downward spiral with drink and drugs, I saw Purple Rain in a cinema in Canada, I had no idea who he was, it was like a bolt of lightning! In the middle of my depression, and the dreadful state of the music culture at that time it gave me hope, he was like a light in the darkness. ”

Clapton had since then regarded Prince as a “true genius and a huge inspiration for me.” He also mentioned that Prince was the inspiration for “Holy Mother”, a track in Clapton’s 1986 album, August. Even up to this day, Prince still continues to inspire Clapton.

Eric Clapton is set for two more performances in the Royal Albert Hall. After his gigs in England, he is set to perform in Austria and Germany in June. By September, he will perform in America, specifically in San Francisco, Las Vegas, and Phoenix.