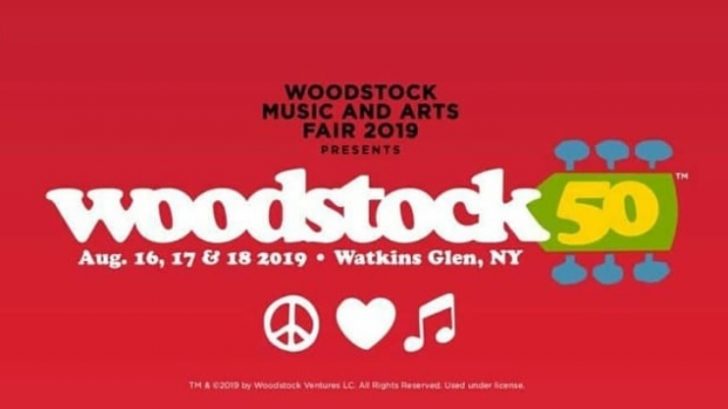 The Woodstock 50 can proceed, according to the ruling of a New York Supreme Court judge. The major event, commemorating the 50th anniversary of Woodstock, will proceed as planned this summer. Dentsu, the financial partner of the event will be relinquished from any further obligations associated with the affair.

According to Billboard, NY Supreme Court Judge Barry Ostrager finished the hearings this week on Wednesday. He ruled that the Dentsu conglomerate does not have to give back the $18 million that they had withdrawn from a joint bank account with the organizers over concerns regarding “the health and safety of the artists, partners, and attendees.”

Ostrager expressed his opinion in 10-pages stating that Dentsu has acted outside of its dominance granted to them in the contract they had with Woodstock 50. This action outside of their contract was announcing the cancellation of the music festival on April 29. However, the conglomerate has “the right to approve all expenditures” as well as “mitigate its damages” with concerns over “multiple permits necessary to conduct the Festival were not in place, tickets had not yet been sold, no budget had been agreed upon, necessary and expensive structural improvements to the Festival site and related areas had not yet started, and the production company essential to produce the Festival had withdrawn.”

With this ruling, promoter and co-creator of Woodstock proclaim this as a victory on the behalf of the organizers involved with the event.

“We have always relied on the truth and have never lost faith that the Festival would take place,” said Lang in a statement. “I would like to thank all of the talent and their representatives for their patience and support. Woodstock 50 will be amazing and inspiring festival experience.”

But the organizers’ struggle doesn’t stop there. Lang and the rest of the organizers still need to enlist new investors and also secure a $20 – $30 million. These funds will enable the organizers to secure permits and pull off the event.

Woodstock 50 is set on August 16-18 which will take place at the Watkins Glen International. The 2019 edition of Woodstock is promising to deliver “3 Days of Peace and Music.” The lineup comprises of Greta Van Fleet, Jay-Z, Imagine Dragons, and Robert Plant. It also includes the original Woodstock performers such as Country Joe McDonald, Santana, John Fogerty, David Crosby And Friends, Canned Heat, The Black Keys, Dead & Company, John Sebastian, Gary Clark Jr., Hot Tuna, The Killers, Sturgill Simpson, and many more.