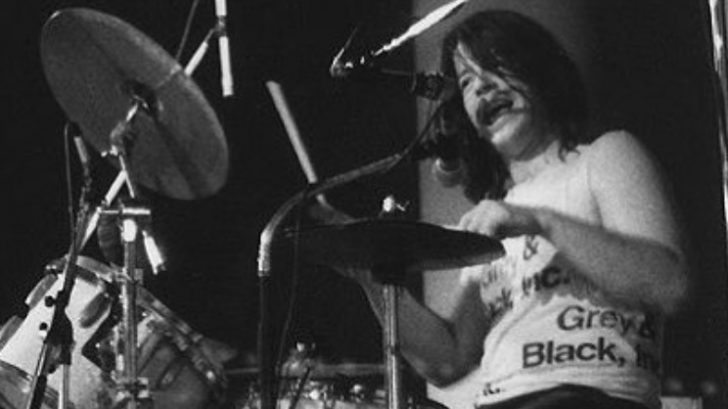 Have you ever found yourself taken by surprise to find well-known musicians have already passed away? And most of all, you didn’t notice? Perhaps a friend informed you, or you stumbled the news while browsing the internet or your social media feed. Or perhaps you thought that was merely a death hoax, after all, there are a lot of outrageous rumors on the internet.

Nevertheless, it’s daunting to find out some artists who passed away far from the spotlight.

These musicians were at their prime in the ‘80s. Though their passing may not have been widely reported like John Lennon’s or Freddie Mercury, they have contributed significantly in their era. You may have heard their music or perhaps some of their works are currently in your playlist.

Here are 5 80’s rock stars who have passed away quietly. Read on to find out more about their lives and the works they left behind:

One of the most essential producers in the ‘80s metal rock scene. Tsangarides worked with bands like Judas Priest, Anthem, King Diamond, Y&T, and many more. He remixed Depeche Mode’s “Never Let Me Down” and produced Concrete Blonde’s album Bloodletting.

Tsangarides passed away on January 6, 2018, due to heart failure and pneumonia. He was 61 years old.

McLain was the guitarist of Shooting Star, an American rock band formed in 1970, but they gained popularity in the 80s. Their 1989 hit track “Touch Me Tonight” peaked in the US charts and the band continued to record through 2015.

The guitarist has been going a battle with the West Nile virus for three years. Sadly, he succumbed to it on March 2, 2018.

Hart was the drummer for the ‘80s Husker Du trio. They were influential as their albums combined melodic pop with hard punk rock fury. Hart also composed and lent his vocals to many of the band’s well-known songs such as “Sorry Somehow”, “Pink Turns to Blue”, “Never Talking to You Again”, “Diane”, and “Don’t Want to Know If You Are Lonely”.

Smith was the lead singer of the Fall. Though their band didn’t attain extensive success, they were an influential post-punk band in the UK from the ‘80s, up until the mid- ‘90s.

The singer passed away at the age of 60, on January 24, 2018. He was at his home in Prestwich, England. There were no given reports on the cause of his death.

Alves was the guitarist of Y&T and played on the band’s first studio albums. He was also the drummer of albums like “Down for the Count” and “In Rock We Trust”.