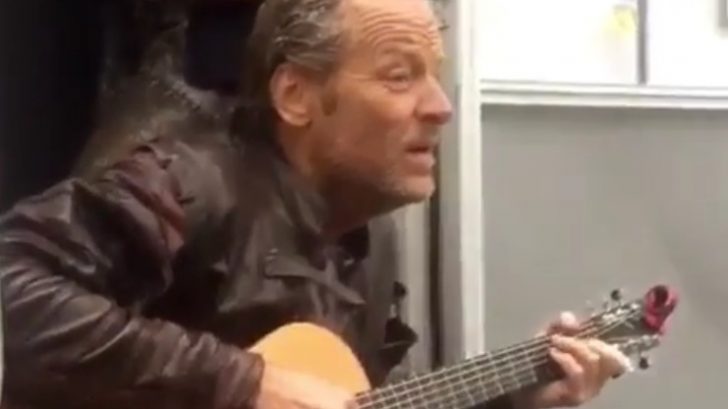 Game of Thrones fans are now on the edge of their seat as the final season of the show is currently on television.

Every character has the possibility of dying. Recent episodes show some surprising twists and turns. The story is slowly unfolding, the plots are getting thicker, and some characters finally show their true nature.

The world of Westeros is growing more dangerous every second! Everyone wants to know who lives or who dies or who will finally take the Iron Throne. How shall the characters find some light from the darkness that has descended upon them?

It’s easy. Just sing a classic song with your companions. Yes, indeed. Nothing like a good ol’ song to unwind with. Just forget anything, get that guitar, and start strumming!

Several of the cast members of Game of Thrones sang a cover of the song of Tom Waits’ “I Hope That I Don’t Fall in Love With You” in an endearing on-set clip. The cast members were just hanging around in a trailer doorstep, donning their jackets, and strumming away.

The short clip was posted by Kristofer Hivju, who portrays the wildling, Tormund Giantsbane, in his official Instagram page.

In the video, it featured his co-stars, namely Iain Glen (Ser Jorah Mormont) on the acoustic guitar, Richard Dormer (Beric Dondarrion), and the backup vocals, Rory McCann (the Hound) and Hivju himself.

The quartet sang in a surprisingly charming unison as strong winds blow loudly in the background.

“BROTHERS WITHOUT BANJOS.,” writes Hivju in the Instagram clip. “Our new album is called: ‘What will fate bring us???’”

Game of Thrones is considered as the biggest fantasy drama on television to date. The show premiered its first episode in 2011. Currently, it is in its 8th and final season. Ever since its release, it has been the most-watched series in television history.