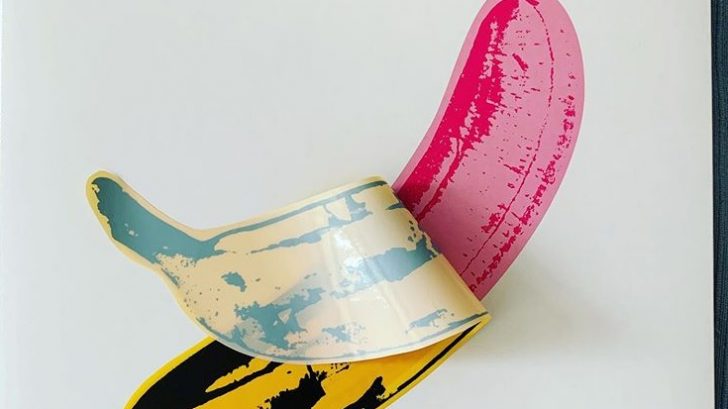 Musicians express themselves through their music. Sometimes it’s on their album covers.

There are memorable album covers that gives identity of the band’s music. Not to mention coolness. Some of the greatest album covers have become an iconic symbol of the band. It represents the creativity and the effort the band has put into their album. Even the most simple designs such as Andy Warhol’s design for Velvet Underground & Nico, now most people associate a banana with the band.

Let’s take a look at 5 of some of the most artistic classic rock album covers that has been done:

Pink Floyd’s album covers prior to Dark Side of the Moon weren’t that notable. So for the this album, the design group wanted to do something that is “clean and graphic” and nothing photographic.

The cover artist for the album, Storm Thorgerson, tried to connect with Pink Floyd’s live performances which were “famous for their lighting, ambition, and madness…hence the prism, the triangle and the the pyramids. It all connects, somehow, somewhere.”

The famous cover shot was taken by Iain Macmillan at August 1969. They were in the middle of traffic and only have a few minutes to take the shot. The result was iconic and had become the most recreated shots of all time. However, it also had some crazy theories that developed surrounding this cover.

Abbey Road album cover has since sparked crazy theory that McCartney has died at 1967 and has since been replaced by a doppelganger. Fans claim that the shot is actually a funeral procession. Lennon who is dressed in white is the preacher, Harrison in donned in denim was the gravedigger, Starr is the mourner as he is dressed in black, and McCartney is the alleged corpse as he is walking barefoot.

More crazy fans theory surface that the plate number in the nearby read 281f, “meaning” that McCartney should have been 28 had he not died.

None of those “theories” were intended. Regardless, the Abbey road in London has become a famous tourist spot and the album cover has been parodied countless times.

Probably only a few bands would like to be associated with a tragic disaster. But probably that’s not the case with Led Zeppelin’s debut album cover. Their first album cover depicted the burning of the Hindenburg airship. Surprisingly, the band turned a photo of tragedy into one of the music industry’s icon.

In an interview with Time Magazine in 2016, Jimmy Page shares why he picked the image as their debut album cover:

“The idea of it was to use the impact of this but use it in a graphic interpretation. The fact is that it was the right thing to do because it’s really an iconic image plus it’s Led Zeppelin’s first album so it’s really good to go in there – not quite like a lead balloon – but like a streaming rocket. I’m sure that people know that phrase ‘going down like a lead balloon’ and it was a sort of play on words if you like; a play on attitudes even. It’s a dramatic incident, it’s a dramatic album, it’s a dramatic statement.”

Album covers are usually used by musicians to depict what they are trying to say in the industry they are in.

Audrey Powell, the photographer of Wish You Were Here, got her inspiration that people have the tendency to hide their true feelings due to fear of “getting burned”. The phrase was also common in the music industry, often used by artists whose royalty payments are withheld. The album cover mirrored the themes that the band was struggling within the industry.

No one really associated The Velvet Underground with a banana. But now they do thanks to Andy Warhol. Early versions of the album cover depicted “peel slowly and see” where there was a peel-away banana sticker which, when peeled, revealed a pink banana underneath it.

Even up to now, the cover’s true meaning is still a mystery. Whatever Warhol’s true intention, the banana cover has become an pop art icon.