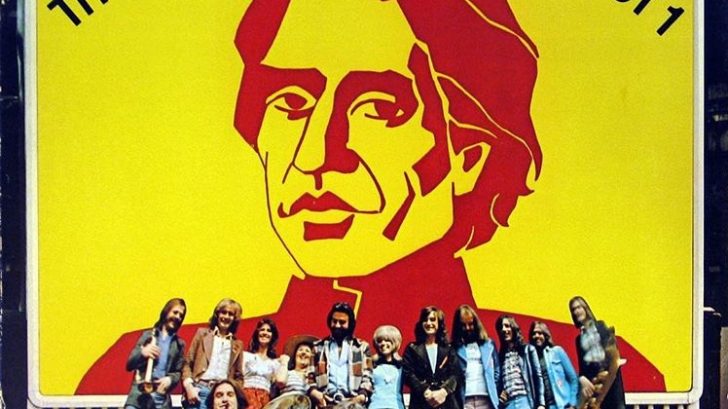 Sometimes a bad album can signify something for a band. Photo Credits: Instagram / seaatlast

Not all the time anyone is on top of their game. Same goes for legendary rock bands. They have their off days too. There are times when they would produce some awful works, sometimes a far cry of their usual creative capabilities.

Read on to see the 10 worst albums produced by great rock bands:

The loss of Steve Clark was a tragedy for Def Leppard. The album had some of Clark’s works that had the same outer character of its popular ones. Adrenalize sold well, but it didn’t have the same intensity and energy compared to their other albums.

“Hotel California” was a legendary hit, no doubt about that. But it took the band two years to finish it. Sadly, The Long Run seemed like an patchy follow up. It seemed like the band gave up. True enough, The Eagles just didn’t take this album seriously.

“At that point, we were just saying the hell with it,” confessed Don Henley. “We were so miserable making that album that it actually got to be funny at one point.”

There are times when even artists get lazy with their work and wouldn’t even bother to hide it.

Go to Heaven might be a time when Grateful Dead didn’t even try to hide their lack of interest in recording their new album. Though their new keyboardist Brent Mydland did somewhat did some nice saves in the band’s playstyle and “Alabama Getaway” was passable. It still didn’t hide that that the rest of their tracks have no interest or even sounds tired.

Bark definitely was a sign that Jefferson Airplane was going astray. Before the album’s release, drummer Spencer Dryden and singer Marty Balin left the group. Spencer was a longtime member while Balin was the founding member. It was a blow that Paul Kantner admitted that without those two, especially Balin, the band wouldn’t make it.

Kantner referred to Balin as “the centrifugal force pulling all the parts together. Without that force it just went…whew.”

Fans might refer to this album as the band’s most confusing work. Tracks like “All The Way”, “Don’t Go”, and “You Say Yes” have these hasty and superficial lyrics. Quite obvious that the band was pushed to deliver something after the success of British Steel. But that’s not possible amidst a packed touring schedule.

Fans of the band would like nothing more than forget about this album. The songs were played well enough and even try to get into the blues and country genre. However, it does little aim or even connection to the band’s rock and roll heritage. The tracks seem so out of place.

The other members of Led Zeppelin were left to put this album together. How so? Since John Bonham and Jimmy Page’s drug and alcohol abuse were getting out of hand.

The result was tracks were sloppily and it was a far cry from Zeppelin’s blues rock music that they had made decades ago. Plant’s solo career which leaned more on the pop genre also began here.

Tracks in Preservation Act 1 sounds more like tracks with thoughts recycled from The Kinks’ 1968’s The Village Green Preservation Society. Not to mention that the work had been added by too much drama which turned into clutter. That doesn’t stop there: this was an indication of Ray Davies’ long-winded downturn.

When producer Mutt Lange left the scene, the band decided to take the production in their own hands. Though it worked through some material, it didn’t work with Fly On The Wall. The Young brothers somewhat AC/DC sound like a tribute act done on a terrible night.

The Young brothers were the writers for the material and in 10 songs in the album, only “Shake Your Foundations” seem like the album’s only decent track.

“I Was Made For Lovin’ You” is a catchy disco-esque song. However, fans of the traditional Kiss music might find this a bit of a shock. This also marked the emergence of Desmond Child, the co-writer that would steer the band towards the pop genre by the ‘80s.

Sad to say, Kiss sounds like it’s too scattered to be working as a group in Dynasty.