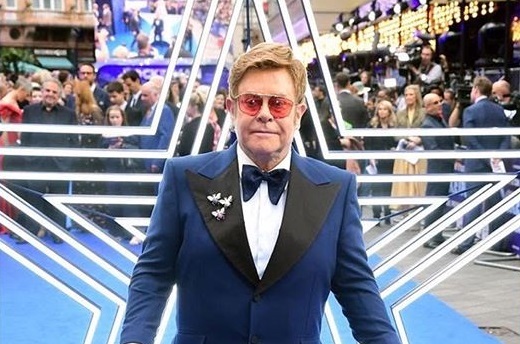 There has been widespread criticism on the casting for the role of Elton John for the upcoming biopic Rocketman. According to these critics, it should be a gay actor who should be cast for his role in the movie. The singer didn’t side with these critics and, following the debut screening at the Cannes Film Festival, shot down these critics.

Sir Elton John shot back at critics who pointed out that the lead actor cast should have also be queer. Taron Egerton, the actor who portrays John in the biopic, is heterosexual. John didn’t see any sense with the criticisms about the young actor’s orientation.

“If people don’t like it, review-wise, or it doesn’t make one dollar, it’s the movie I wanted to make and that’s all that counts. I can look back and say, ‘You know what, I love it. I can live with it.’”

Interestingly, this isn’t the first time an actor portrayed a gay leading character. In Bohemian Rhapsody, Rami Malek was casted to portray the Freddie Mercury. That was the time when Hollywood deciding not to cast a gay person for a bisexual character.

Megan Lasher and Adam Schuback asserted their sentiments in The Oprah Magazine that “queer actors exist. Straight people shouldn’t be telling our stories.”

Paramount’s film supplies a candid look into the English singer’s past which includes alcoholism, drugs, and sex.

Rocketman had already premiered on May 16, 2019, at the Cannes Film Festival. The film is set to be in theaters on May 22, 2019, in the UK and May 31, 2019, in the US. The film and Egerton’s performance has received positive reviews from critics. It should also be noted that Rocketman is the first Hollywood film that portrays gay intercourse on-screen.

Check out the Rocketman trailer here: