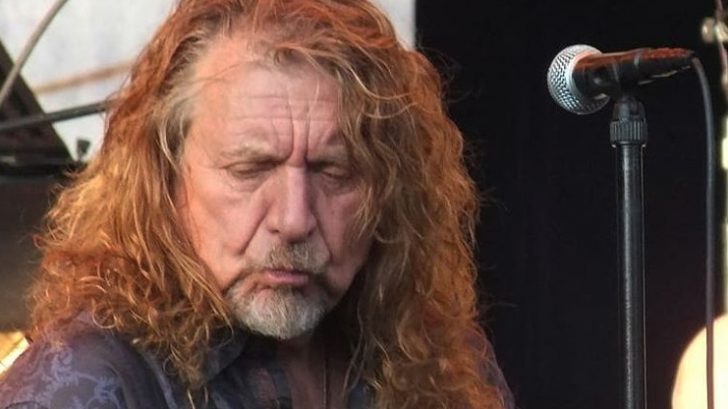 Led Zeppelin is a band that had attained a legendary status. They had made excellent music over the course of their career and they had the most talented and skilled members. The band helped in laying down the foundations of heavy metal rock and it seems like no one was stopping them.

Tragically, the death of drummer John Bonham did.

In this recent photo posted in Robert Plant’s official Instagram page, the singer visited Bonham’s memorial. With Bonham’s birthday in just a few days, Plant paid his respects to his late bandmate. Bonham would have been 70 this year.

“Another birthday around the corner…huge loss…” Plant wrote in the caption as he looks on the late drummer’s memorial.

Another birthday around the corner… huge loss… Photo: Gil Richards

It was fall of 1980, the time when Led Zep were preparing to start their tour, when Bonham passed away. The drummer was known for his drinking binges and soon after he had gone to bed he died by asphyxiation on his own vomit. Bonham’s death was ruled as an accident.

With Bonham’s demise, Led Zeppelin was faced with a difficult decision. Bonham was an essential figure in their group and he wasn’t easily replaced. The tour was ultimately cancelled. Rumours were spreading that the band were currently looking for a replacement for the drummer.

However, the rest of the band thought it would be better to leave Bonham’s legacy alone. They found it disrespectful to the drummer’s memory if they would get a replacement. The members decided that it was better to leave it at that. It was their way of honoring their deceased bandmate.

Bonham’s death was a tragedy not only to Led Zeppelin but to the whole world. He changed music. He gave heavy metal a face, an identity. Without him, Led Zeppelin wouldn’t be the icon as they are known today.

And even up to this day, Plant could still feel Bonham’s loss.