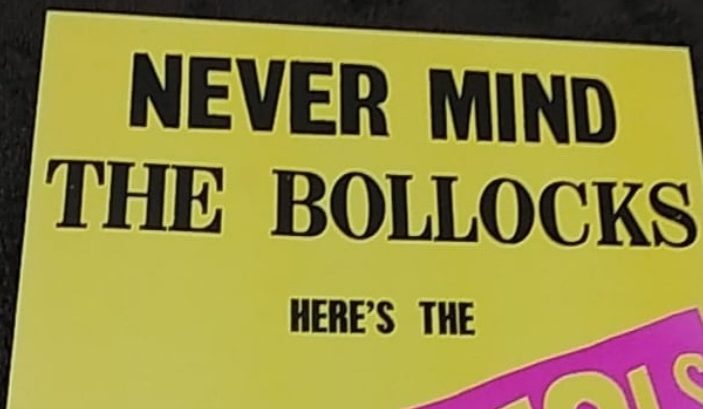 The only studio album released by The Sex Pistols. Photo Credits: Instagram / tamareco_2_

The best stories in rock and roll history are the short ones. There are bands who entered the music scene by storm with a full length albums. With their successful albums, they enjoyed and soaked up the glory.

Then, without warning or perhaps there had been, these bands had met unfortunate circumstances that left them broken. Probably by lack of interest or even the demise of a member, these bands had success in their palms, but never got to grasp it for long.

Here are 5 rock bands with their one-hit wonder albums:

Blind Faith hosts many brilliant performances that combined the best of soulfulness of Cream and the blues of Traffic. Clapton delivers a play style that is focused, constructed and melodic while Winwood’s hammond adds wash of colors. It was a glimpse of what awaits when Clapton would modify Cream, but it never came to fruition. The interest just burned out after one album.

These guys had it all. But screwed it up.Their album came out at the right time with the right formula of a “70’s vibe”. However, due to alcohol and drug abuse the group disbanded. There was a plan for reformation, but bassist Chris Schlosshardt passed away on February 1991.

Loved by Kurt Cobain himself, Young Marble Giants took on the post-punk scene. They knew how to get their music with minimalism. The band had an eerie sense of control that stands out. Singer Alison Statton knew how to keep it cool despite the caustic and jittery atmosphere.

Loud and raw, the band went into the music scene as aggressive as their songs. They were the precursors of “emo”. Their album had the elements that is both visceral and chilling.

The Sex Pistols were already dominating the charts in the UK. These lads were the hooligans who shaped the image of punk rock as we know today. Never Mind is a noise barrage of punk classics.

The band members were widely known for their crazy antics, wild behaviour, and a thirst for chaos. Three ingredients that soon got the better of them. Members fought with their own manager Malcolm McLaren and had strong animosity with their own vocalist Johnny Rotten which led the latter to quit the band onstage. Tragedy followed as Sid Vicious died of heroin overdose.